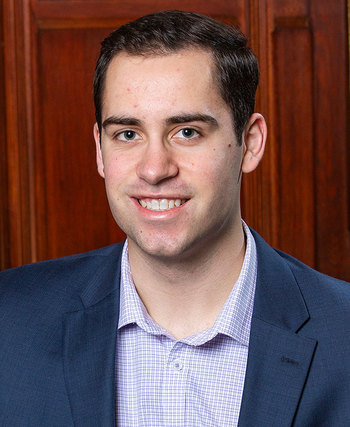 Senior neuroscience and behavior major Joseph Weiler headed to the Cognitive Neuroscience Society’s annual meeting in San Francisco this spring with a poster summarizing his research on a popular concussion exam.

He left with the “excellent poster award” for his ability to communicate his thesis research to all audiences. The judge? An 8-year-old budding scientist.

Though the award was a lighthearted way to involve youth in scientific discussion, Weiler found it notable — he was around the same age when he first became interested in neuroscience. He sustained his first concussion when he was in third grade, an injury that sparked his passion for studying the medical condition in depth.

“I have three brothers, and we've all had concussions throughout our lives,” Weiler said. “Two of us have had very serious and lengthy recoveries, and two of us had completely normal ones, and the huge amount of variability from case to case has always been really interesting to me.”

Years later, Weiler is still studying the complexities of the brain. His senior thesis oversaw the implementation of the Cogstate Cognigram — a test designed to track early cognitive symptoms of concussions — in Notre Dame’s Baraka Bouts women’s boxing competition for the last two years.

“The two big things we were trying to find were, is this test actually picking up concussions? And is this test a reliable measure that can be used to aid clinicians?” said Weiler, who conducted his research in psychology faculty member Nathan Rose’s Cognitive Neuroscience of Memory & Aging Lab.

Existing literature on the Cognigram showed a variety of results and conclusions about its accuracy. Although there weren’t many concussions in the past two years of Baraka Bouts, Weiler’s results still revealed that the Cognigram isn’t perfect.

“A lot of times the test did match up with the doctor's diagnosis, but not all the time, so there definitely is still future work to be done on that test,” Weiler said. 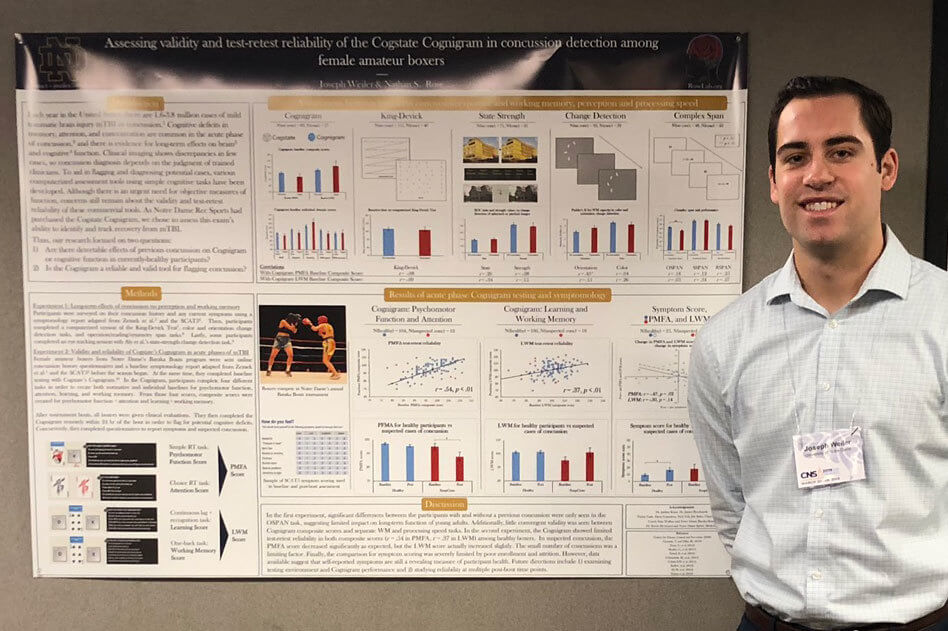 Weiler with his award-winning poster at the Cognitive Neuroscience Society’s annual meeting in San Francisco.

Weiler received funding to attend and present at the neuroscience conference from the Glynn Family Honors Program — an opportunity he described as a “very, big, culminating moment” of his undergraduate career.

“I was able to interact with researchers across the country who are also doing work on concussion or mild traumatic brain injury,” he said. “I had read their papers, and then to actually see them in person and talk to them about their research was a really great opportunity.”

Glynn made obtaining funding easy for Weiler, and his experiences with other aspects of the program have provided opportunities for challenge and growth, such as the first-year philosophy and humanities seminars.

“It pushed me to be a more active participant in class and to be able to consider multiple viewpoints at once,” he said. “When I'm reading papers for my thesis or for a lab meeting or for class, even though they're journal articles about concussion or working memory, it's still a lot of similar skills that I learned in my freshman seminar.”

“My liberal arts education has been a very holistic experience for me. I've not only been exposed to a wide range of fields, but I’ve also been able to integrate them.”

Coming into college, Weiler knew that he wanted to study the complexities of the brain, specifically in relation to concussions. The neuroscience and behavior major was new at the time, and Weiler was extremely interested in the growing program.

By pursuing the neuroscience major within the College of Arts and Letters, Weiler has been able to explore other interests, including the Spanish language and culture. 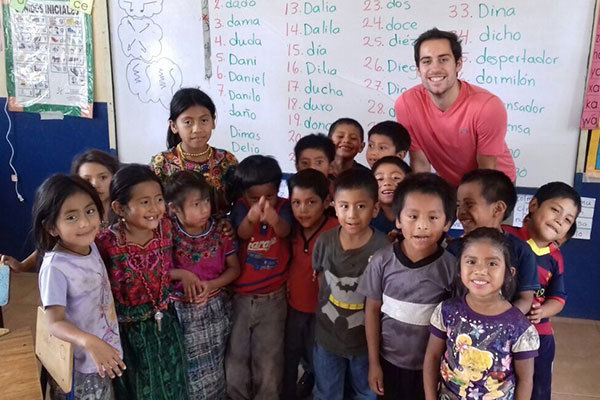 Weiler with schoolchildren he tutored during his International Summer Service Learning Program experience in Guatemala.

Weiler studied abroad in Puebla, Mexico, where he had the opportunity to participate in the medical field in an international setting.

“I was able to learn about, on a smaller level, doctor-patient interactions and what life is like as a doctor — but also on a larger scale, more about the healthcare system in Puebla and in Mexico in general,” he said.

Weiler also participated in the International Summer Service Learning Program through the Center for Social Concerns. He spent nine weeks in Guatemala at a nonprofit called Common Hope, where he volunteered in a clinic and psychology department, and also tutored children after school.

“I wasn't expecting to be able to integrate my major into my ISSLP, but there's a lot of crossover between that and my schoolwork at Notre Dame,” he said. “So it was really inspiring to see that actually put into practice.”

Weiler has landed a full-time job in management consulting at McKinsey & Company. He eventually plans to pursue a career in health care, and will likely go to medical school. 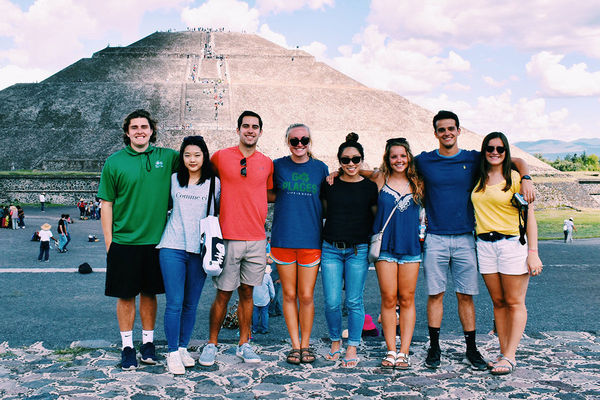 The ability to succeed in the varied areas of language immersion, original research, and consulting speaks to Weiler’s well-rounded education in Arts and Letters.

Without a doubt, the intersections of his passions have been the most memorable aspects of his education at Notre Dame, Weiler said.

“My liberal arts education has been a very holistic experience for me,” he said. “I've not only been exposed to a wide range of fields, but I’ve also been able to integrate them.”