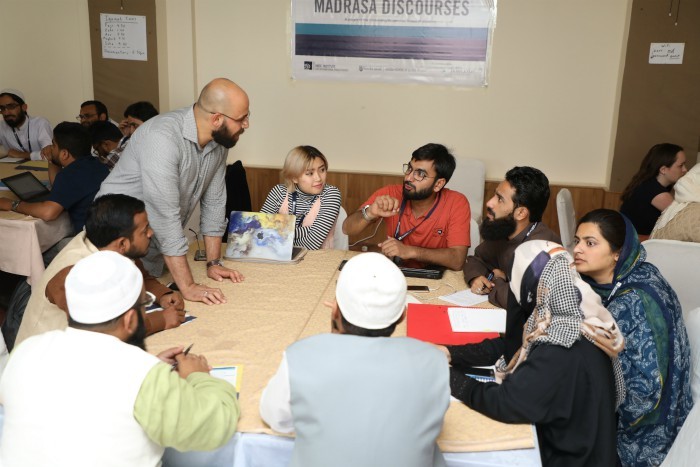 For the second summer in a row, students and faculty from Notre Dame's College of Arts and Letters converged with madrasa (Islamic seminary) graduates from India and Pakistan for two weeks of intensive teaching and dialogue in Dhulikhel, Nepal (an hour outside of Kathmandu).

Drawn by Notre Dame’s Madrasa Discourses project, the July 1-14 summer intensive featured conversations about citizenship, religion, and society in a pluralistic and rapidly changing world. And for the first time, students and scholars from South Africa also attended the intensive following an introduction to the Madrasa Discourses curriculum during an April workshop.

This event was the third in a series of international learning intensives hosted by the Madrasa Discourses project, part of the Contending Modernities Initiative of the Kroc Institute for International Peace Studies and the Keough School of Global Affairs. The project has also hosted two onsite workshops in Islamabad and Cape Town.

“It is heartwarming to observe the growth and development of the Madrasa participants over two years,” said Ebrahim Moosa, professor of Islamic studies and primary investigator for the Madrasa Discourses project. “Participants shared how our educational program had a transformative impact on their personal and professional lives working in India and Pakistan. Now many participants are championing the centrality of human dignity in their work life as educators and social actors and providing solutions to the challenges in their societies.”

Moosa was joined on the trip by fellow Notre Dame faculty members Mahan Mirza, professor of the practice of contending modernities and lead faculty for Madrasa Discourses; Gerald McKenny, Walter Professor of Theology and director of the doctoral program in moral theology; Atalia Omer, associate professor of religion, conflict, and peace studies and co-director of the Contending Modernities initiative; and Jason A. Springs, associate professor of religion, ethics and peace studies. Ammar Khan Nasir and Waris Mazhari serve as Madrasa Discourses faculty members in Pakistan and India respectively and were onsite in Kathmandu as teachers, too. Mahmoud Youness, a Notre Dame doctoral student in political science and peace studies, also taught at the intensive.

The two-week intensive included teaching sessions structured around the theme “Theology and Contingency: Morals, History and Imagination,” as well as intentional times for dialogue, field trips throughout the city, and interactive learning sessions. 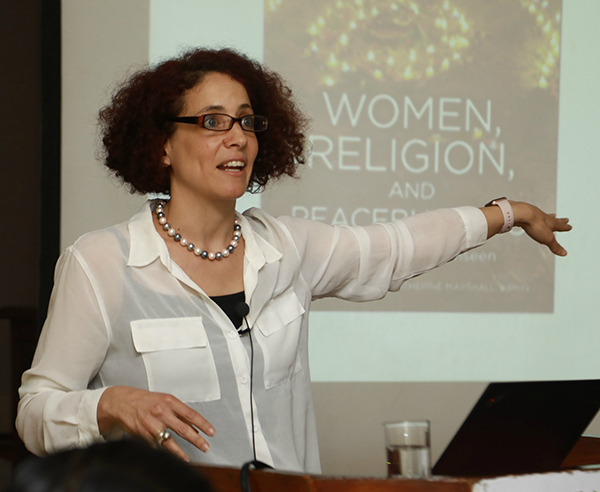 Omer led a session focused on the history of Jewish feminist theology that created space for Jewish-Muslim dialogue that is rare in classical Jewish and Islamic education, partly due to the global prominence of the conflict between Israelis and Palestinians that looms large in theological and philosophical discussions.

“The gathering in Kathmandu was a meaningful illustration of the force of dialogue and face-to-face encounters,” said Omer. “These do not amount to mere ‘contact,’ but rather to in-depth and honest interrogation of the resources that inform one’s outlook. … What we all recognized as a result of our engagement with intra-Jewish developments on the question of theologically robust feminism are potential fruitful openings for contributing to our broader discussion of change and contingency as they relate to theological and religious change.”

Other prominent Islamic scholars present during the intensive included Ameen Usmani, the secretary general of the Islamic Fiqh Academy in Delhi, who presented on the challenges facing madrasa intellectual reform in India, and Saadia Yacoob, assistant professor of religion at Williams College in Williamstown, Massachusetts, who led discussions on gender and Islamic legal ethics.

South African student Waseema Abduraouf noted that attending the intensive allowed her to develop friendships and the capacity for deep dialogue with other Madrasa Discourses participants.

“The intellectual stimulation we received from individuals who challenge you to think in new ways and engage in the unprecedented was exceptional,” she wrote. “I have never been in a space where there are so many diverse opinions stemming from all sorts of faith traditions. I lack sufficient words to explain how these sessions have impacted and molded some of my own conceptions of faith and religion, but I can without any hesitance say that these two weeks have been nothing but intellectual and spiritual rhapsody.” 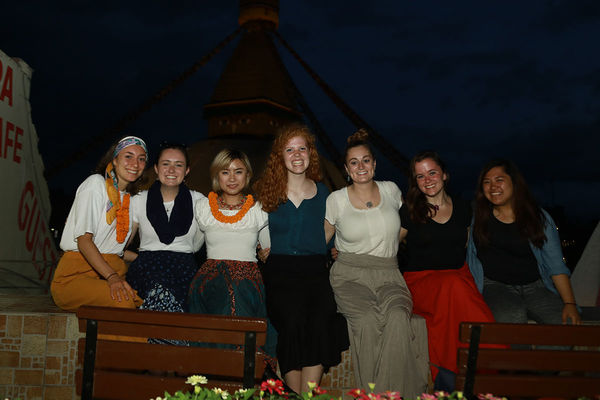 Thameenah Abrahams, also of South Africa, found interactions with the professors and teachers and visits to local Hindu temples to be among the most meaningful experiences from her time in Kathmandu.

“Aside from the actual content [of the classes], the teachers themselves have transformed me the most,” Abrahams wrote. “Instead of giving you the answers, they gave you the freedom to think. They also don’t tell you how you ought to think, they just want you to think. The education we received was liberating and I am indebted to my teachers.”

For many of the Notre Dame students, the trip represented a unique cross-cultural learning experience that allowed them to study, eat, converse, sleep, and tour Nepal alongside the madrasa students and complemented their year-round studies.

Allison Hidalgo, a senior majoring in international economics with a minor in peace studies, was struck by the importance of cultural immersion and cross-cultural encounters for peacebuilding.

“Traveling is one of the best ways to build mutual understanding, which then can lead into peacebuilding,” said Hidalgo. “Peace studies taught me that you can’t do anything if you don’t first try to understand each other.”

Hidalgo was especially excited about the chance to build relationships and dialogue with Muslim women who studied at madrasas.

“While discussing issues faced by women in India and Pakistan I felt underlying connections to my own life. I realized ways in which American society has to improve to create gender equity. It was a really beautiful thing to see those commonalities and to feel a common sense of womanhood between us,” she said. 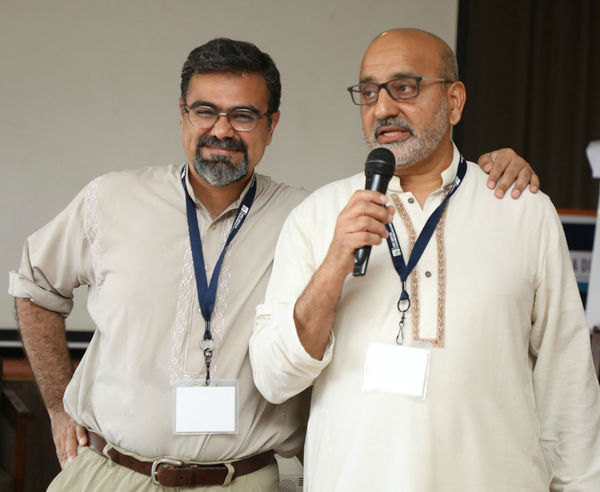 Haya Hareem, editor of a women’s publication and an Islamic scholar from Karachi, Pakistan, also saw the mutual exchange with Notre Dame students as a highlight.

Elizabeth Boyle, a junior political science major with a supplementary major in peace studies and a minor in international development studies, is interested in a post-college career in faith-based government diplomacy and saw the trip as an opportunity to build cross-cultural bridges and get comfortable articulating her own beliefs and perspectives in diverse settings.

“These two weeks challenged me. Not in my conceptions of Islam, but in my own Christian and Catholic faith,” said Boyle. “I was inspired by the passion and vigor of the madrasa students, and I would not have been successful in this experience without peace studies courses which teach you how to listen and how to navigate conversations with very diverse people.”

The next Madrasa Discourses intensive is planned for Doha, Qatar, in December 2018. Thus far the project has worked primarily with graduates from South Asian madrasas, although Moosa says, given the success of the project thus far, he hopes to begin work with young Muslim theologians from Sub-Saharan Africa in the coming years.

“It is altogether gratifying to see how we have grown as a family of educators. I will admit that this is among the most fulfilling aspects of my professional life,” he said.