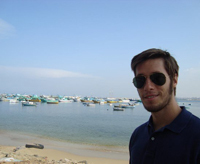 Senior Arabic and biology major Ryan Shannon says he learned as much during the University of Notre Dame’s Summer Language Abroad (SLA) program in Jordan as he did during four semesters of Arabic courses on campus.

“Before I went to Amman, I had a hard time holding a conversation in Arabic,” Shannon says. “While there, all of a sudden things started making sense and clicking.”

Such rapid advancement is best achieved through immersion, which is why the College of Arts and Letters and its Center for the Study of Languages and Cultures developed the SLA program in 2008. Grant recipients complete a comprehensive curriculum in their chosen country, coupled with real-life language use and structured opportunities for community engagement.

“The abroad experience was really important for getting fluency,” Shannon says. “All of a sudden, those words have a context and a meaning, and it’s something you can use, not something you just memorize.”

His language proficiency has developed in distinct stages, he adds. “There’s that first phase of discovery—and it’s really great—but you’re still moving toward the language,” he says. “Eventually, you get to the point where you can sit down, open a newspaper, and start reading. You learn more words, but now you also move with the language, through the language.” 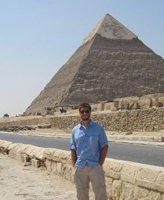 After spending a semester in Cairo, Egypt, Shannon says he wanted to return to the Middle East to continue his lingual and cultural immersion. The SLA grant enabled him to attend the language school Qasid in Jordan during summer 2010.

“Because there are such a variety of dialects, they teach modern standard Arabic and Quranic Arabic, which is classical Arabic that everyone understands, though it is a little archaic,” he says. “It was a fantastic place… really different from my Cairo experience.”

While practicing Arabic, Shannon also studied the cultural differences between the two Middle Eastern countries. “Jordan’s not like Egypt, so there was definitely some adjusting,” he says. “The good thing about the SLA grant is they have these classes you have to go to before leaving which teach you how to deal with the culture shock and how to learn the language more efficiently. I’m really glad I had to take them, because you’re going to experience culture shock every time you go abroad, and it is nice to have some tips on how to quickly absorb the language.”

The classes taught Shannon what to expect when he traveled and how to handle different social situations so that he would adjust more easily to a foreign environment.

“When you travel to a non-European country, you get to see that a lot of people live in ways that we don’t even imagine,” he says. “The quality of life that we have here in America is amazing. Abroad, you learn about things you really take for granted. I loved it because it was eye-opening.”

An Eye to the Future 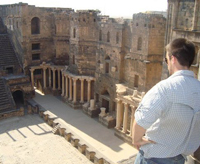 The new skills Shannon acquired over the summer could prove to be important assets in his chosen career. As a member of the Marines through Notre Dame’s Navy ROTC program, Shannon says he may find himself assigned to one of many trouble spots in the Middle East.

“The people of these countries have a long history of rich tradition and culture, and we as Americans have to respect that,” he says. “As the potential face of America in some of these areas, I feel that learning some of the language and culture will be a big step in demonstrating the respect they deserve and that I genuinely want to help.”