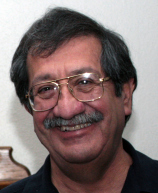 José Limón, one of the country’s foremost scholars of Latino literature, will soon become the Notre Dame Professor of American Literature.

Currently the Mody C. Boatright Regents Professor of English and director of the Center for Mexican-American Studies at the University of Texas, Limón will join the faculty at Notre Dame in January 2011.

“This change of address is very good news for Notre Dame undergraduates and graduate students, who will now have access to a towering figure in Latino/Latina literary studies,” says Professor John Sitter, chair of the Department of English. “Moreover, Limón’s presence will strengthen the broader and evolving study of American literature as a whole at Notre Dame.”

Limón is the author of three major books in the field of Latino studies— American Encounters: Greater Mexico, the United States and the Erotics of Culture, Dancing with the Devil: Society and Cultural Poetics in Mexican-American South Texas, and Mexican Ballads, Chicano Poems: History and Influence in Mexican-American Social Poetry—and more than 35 articles. He recently completed a book on the founding figure of Mexican-American studies, Américo Paredes, and has several other research projects underway.

His academic interests are varied and include cultural studies, Chicano literature, anthropology and literature, Mexicans in the United States, U.S.-Mexico cultural relations, critical theory, and folklore and popular culture. A Texas native, Limón holds a bachelor’s degree in philosophy, a master’s in English, and a Ph.D. in cultural anthropology, all from the University of Texas at Austin.

Of his journey northward Limón remarks, “When I was a little boy attending little Catholic schools in south Texas, my mother often said, ‘Quiero que algún día vayas a Notre Dame,’ [I want you someday to go to Notre Dame] even though she didn’t have the slightest idea where it was except somewhere in ‘el norte.’ Well, I finally made it,” he says. “I am honored to be joining such a stimulating and forward-looking English department and the excellent Institute for Latino Studies at such a distinguished institution.”

Although English will be Limón’s home department, he will also have close ties to the Department of American Studies and the Department of Anthropology. He will also serve in the Institute for Latino Studies (ILS) as both a fellow and a member of the Executive Committee on Academic Affairs.

“His joining our faculty is wonderful news not only for the English department but also for the Institute for Latino Studies and the University as a whole,” says Gilberto Cardenas, professor of sociology, assistant provost, and ILS director. “José brings with him a wealth of experience and an unmatched network of colleagues and former students who are in increasingly important positions in diverse aspects of Latino studies throughout the academy. He will be adding much needed academic depth to our Latino studies programs.”

According to Sitter, the Department of English’s announced search for a junior scholar in Latino/a literature is being postponed until next year so that Limón can lead the search.