Even in the decade before the term “women’s lib” was a common phrase, the number of married women entering the workforce increased dramatically—thanks largely to washers, dryers, and freezers, according to research from the University of Notre Dame.

But “liberating” women from housework and propelling them into the workforce may not be the whole story, according to Steven Lugauer, a Notre Dame economist whose research was published recently in Labour Economics. 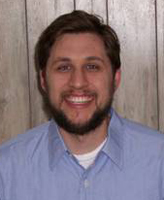 Between 1960 and 1970, women’s labor force participation rates and households’ ownership of appliances both increased significantly—with the percentage of working married women increasing from 33 percent to 43 percent, and households owning washers, dryers and freezers increasing from 11 percent to 28 percent. (The number of single women working did not change appreciably from 1960 to 1970).

Using U.S. census data from 1960 and 1970, Lugauer and colleagues explored the relationship between married women’s appliance ownership and their likelihood of entering the workforce.

“Accepted wisdom had been that appliances in the house actually cause women to work more inside the home rather than liberating them to work outside the home,” Lugauer says, referring to a book titled More Work for Mother based on a famous economic study conducted in the 1980s on household appliances.

Lugauer’s study has shown that not to be the case, and he uses the analogy of advances in the transportation industry over the last century to illustrate his point.

The same could be said for appliances and their effect on a household: Women wouldn’t necessarily spend less time on household chores because of appliances, but appliance ownership likely results in better results: a family having cleaner clothes or meals made more efficiently.

“It’s not clear that women spend less time in the home just because the technology has gotten better,” Lugauer says.