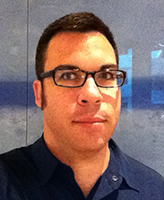 Adam Asher Duker, a Ph.D. candidate in Notre Dame’s Department of History, has been awarded two fellowships that will allow him to continue his dissertation research this year in Paris.

Duker received the Bourse Jeanne Marandon, a humanities fellowship awarded by the Société des Professeurs Français et Francophones d’Amérique, and the Huguenot Scholarship from School of Advanced Study at the University of London’s Institute for Historical Research.

“We are extremely gratified that Adam’s work has been recognized,” says Patrick Griffin, Madden-Hennebry Professor of History and chair of Notre Dame’s Department of History. “These prestigious awards speak to the quality of his research and his insights into a significant set of questions. They are also a testimony to the quality of our early modern program.”

Advised by Brad Gregory, the Dorothy G. Griffin Professor of Early Modern European History, Duker’s work explores the cultural, psychological, theological, and textual bases for religious violence in the early modern world. His dissertation focuses on the ways in which both French Catholics and Huguenots appropriated ancient Israelite identity during the sieges of the French Civil Wars (1562-1628).

He is interested in providential understandings of history, as well as religious interpretations of specific forms of confessional violence, such as siege warfare, massacres, and cannibalism.

Duker believes that by understanding religious identity during the Civil Wars of the Reformation era, modern people can better comprehend the tribal and confessional cultures that underpin modern religious violence.

“We cannot grasp the problem of religiously-inspired violence and civil war in our own day if we do not first seek to understand the rhetoric and reality that animated peoples of the past to kill each other in the name of God,” he says.

“Understanding how, why, and to what extent early modern Catholics and Protestants adopted distinctly Hebrew identities has the potential to show how particular religious beliefs and orientations can both inflame and pacify violence.”

Thanks to his two new fellowships, Duker will be able return to Europe for a second consecutive year, where he will be hosted at the Centre Roland Mousnier at the University of Paris-IV Sorbonne. He will be conducting research at several Parisian archives, including the Bibliothèque Nationale de France and the Bibliothèque de la Société de l’Histoire du Protestantisme français.

“I am honored to have been awarded the Bourse Jeanne Marandon and the Huguenot Fellowship,” he says. “I look forward to interacting with the faculty of the Sorbonne, especially Denis Crouzet and Thierry Amalou, while continuing my archival research in Paris.”

Duker already spent the 2012-13 academic year at the Institut d’Histoire de la Réformation at the University de Geneva in Switzerland, thanks to a 2012 Fulbright Fellowship and a Bourse de la Confédération Suisse. His work is also supported by a multi-year Harvey Fellowship from the Mustard Seed Foundation.

“It is encouraging to have my research validated by these external selection committees,” says Duker, who also has an article forthcoming in the Journal of Early Modern History.

In addition to his success in research, Duker has distinguished himself in the classroom as a teacher, earning an Outstanding Graduate Student Teacher Award from the Notre Dame’s Kaneb Center for Teaching and Learning.

“I begin each of my classes off with a short music clip, usually rock or folk, whose lyrics somehow relate to the subject matter of my lecture. I then challenge my students to identify and submit a better song before the next class,” he says. “It encourages them to interiorize the material outside the classroom, as they get a small amount of extra credit if the lyrics of their songs better fit the material than the lyrics of my song.”

It also helps Duker discover new bands and connect with his students, he says. “Notre Dame students are very talented.”