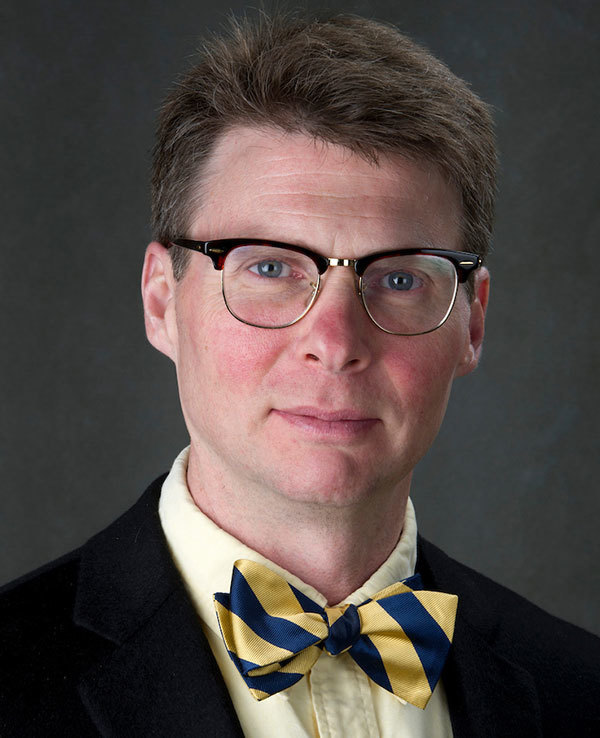 Patrick Griffin, the Madden-Hennebry Professor of History at the University of Notre Dame, has been appointed director of the Keough-Naughton Institute for Irish Studies, effective January 1, 2018.

Griffin, who joined the Notre Dame faculty in 2008, explores the intersection of colonial American and early modern Irish and British history, focusing on Atlantic-wide themes and dynamics. He also examines the ways in which Ireland, Britain, and America were linked during the 17th and 18th centuries. He has studied revolution and rebellion, movement and migration, and colonization and violence in each society.

“Patrick Griffin is a seasoned administrator, a world-renowned scholar, and a sought-after expert in Irish history and society,” said Scott Appleby, the Marilyn Keough Dean of the Keough School of Global Affairs. “As such, he is the ideal successor to Christopher Fox, the founding director of the Keough-Naughton Institute.”

Fox, a professor of English who is an expert on Jonathan Swift and 18th-century Ireland, co-founded the institute in 1992 with the Irish poet and scholar Seamus Deane.

Griffin, who holds a Ph.D. from Northwestern University, is the author of several books, including The Townshend Moment: The Making of Empire and Revolution in the Eighteenth Century (Yale University Press), a chronicle of two British brothers who helped incite revolution in America and insurgency and reform in Ireland, and The People with No Name: Ireland’s Ulster Scots, America’s Scots Irish, and the Creation of a British Atlantic World (Princeton University Press). He also is editor of Experiencing Empire: Power, People, and Revolution in Early America (University of Virginia Press).

Griffin is the recipient of several awards, including grants and fellowships from the American Council for Learned Societies, the Huntington Library, the Andrew W. Mellon Foundation, and the Filson Historical Society. He chaired Notre Dame’s Department of History from 2011-2017 and was recently honored with the James A. Burns C.S.C. Graduate School Award for his numerous contributions to graduate studies.

The Keough-Naughton Institute for Irish Studies, a teaching and research institute within the Keough School of Global Affairs, is dedicated to the study and understanding of Irish culture — in Ireland and around the world — in all of its manifestations. Since its inception with the Donald and Marilyn Keough Program in Irish Studies, the institute has assembled world-class faculty and expansive library collections.

The Keough-Naughton Institute offers undergraduate- and graduate-level minors in Irish studies; wide-ranging courses in Irish language, literature, politics, culture, history, and music; lectures, readings, and performances given by scholars, poets, and musicians; archeological digs in Western Ireland; and the summer IRISH Seminar, in which graduate students from Notre Dame and other universities engage with key figures in Irish cultural, intellectual, and political life. In 2016, the Institute produced the landmark documentary 1916: The Irish Rebellion.