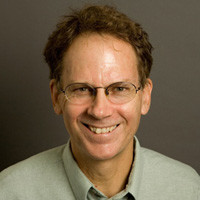 Ever since it began in 2002, Notre Dame’s Center for Children and Families has drawn on the Department of Psychology’s expertise to provide programs that help people.

That aim has focused the Center’s attention as far away as Northern Ireland, where it’s involved in a joint study examining the impact of ethnic and sectarian conflict on children, and as close as the local community, where it’s exploring how families handle internal conflict and helping them to communicate more effectively.

The Center is particularly concerned with marital relationships, Cummings says, because they have a significant impact on the overall health of families. That’s why a main focus of its applied psychology is to improve marital communications, giving partners more happy, stable, and supportive relationships.

“We just want to help the happiness and well-being of children and their parents, as well,” he says, adding that conflict resolution plays a key role in that happiness.

“With regard to marital conflict, how do you handle conflict now?” he asks. “It’s not an easy thing. You have to be careful of how you express anger. You have to be supportive of your partner. But also address conflict; you can’t just try to avoid it. It’s better to be angry, but in a constructive way.”

Cummings says the Center, which is affiliated with the Department, holds itself to a high standard when helping people. Each recommendation it makes—and each program it sponsors—draws on rigorous research that in 2007-2008 was supported by more than $3 million in multi-year grants.

Take, for example, a program it has used to serve families with children in elementary school. Over several weeks, families come to see PowerPoint presentations, play games, and test their newfound knowledge on Jeopardy!-style quizzes, all of which are tailored to train them in conflict resolution and hone their relationship-building skills.

Couples also receive individual training in constructive conflict management, Cummings says, before they are given a topic to discuss and subsequently observed.

After a family has finished all their sessions, representatives conduct evaluations. They’ve found that the program has continued to help children some two years after they and their parents have participated in it.

The Center is currently working on several projects, including a study on childhood development that has followed youngsters from ages five to 14. It hopes to expand its programs to serve a broader range of clients, including single-parent families.

“Every single thing we say to parents is based on a study or multiple studies,” Cummings says. “It’s all about giving them research-based information that will help them. We help them work through things better; we talk about how to resolve conflicts and we walk them through it step-by-step.”