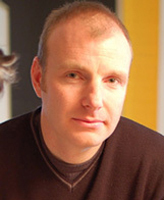 Graphic Design USA magazine honored Sedlack ’89 for his work on the Parallel Currents exhibition catalogue for the University’s Snite Museum of Art and for Words for Painting, an artist’s monograph showcasing the work of Notre Dame Assistant Professor Jason Lahr.

To design Lahr’s book, Sedlack says he drew on elements of the artist’s technique, including his use of typography and the blue masking tape he employs when stenciling and airbrushing. 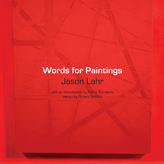 “The publisher, Stepsister Press, wanted a book that wasn’t the standard glamour shot of the finished product, page after page,” Sedlack explains. “What they wanted was a book about his process and a book about his writing and how those things lead to these great paintings.”

The end result did exactly that, Lahr says.

“Throughout the process of working on the book I was constantly impressed by Robert’s vision and innovation,” he says. “He truly created a book that embodied both my writing and studio practice. I am thrilled that his hard work has been recognized at the national level.”

Sedlack says he particularly enjoyed the project because it was a collaboration with two colleagues from the Department of Art, Art History, and Design: Lahr and Michael P. Grace Professor of Painting Maria Tomasula, who wrote the introduction.

For the dual-language Parallel Currents catalogue, Sedlack was designer and production coordinator and served as art director for a three-day photo shoot at the Florida home of the collector, Ricardo Pau-Llosa. 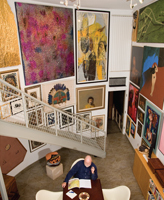 The catalogue, he says, does more than showcase the exhibit pieces. It illustrates how the Latin American art collection “is central to Ricardo Pau-Llosa’s professional endeavors as poet, critic, and curator—and integral to the extraordinary domestic space that he has created over the past 30 some years.”

The design work for both winning projects was done through Sedlack Design Associates, a business endeavor he says is integral to his work at Notre Dame. 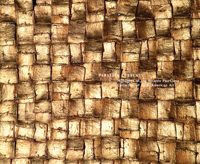 “Particularly as a teacher, I want to keep my hand in the professional game,” Sedlack says. “I want to continue to practice my craft professionally, so when I walk into the classroom I can talk about what I did last week, not ‘here’s what I did 15 or 20 years ago.’ That’s extremely important to me.”

In addition to receiving recognition for his design work from HOW, Graphis, Print, and the American Association of Museums, Sedlack won two American Graphic Design Awards in 2006 and was included in the magazine’s list of “People to Watch” in 2007.

He teaches both undergraduate and graduate design students in Notre Dame’s College of Arts and Letters, and his course work includes projects that tackle various social issues, including discrimination, gun control, and voter participation. Sedlack, who spent fall break in South Africa, is currently working with advanced students to develop a campaign to address xenophobia in that country.

“My area of academic research is based in the social model for design,” he says, “the idea that graphic design, in particular visual communications, can make a demonstrable difference in society and can get people to understand things differently.

“Projects like these—where my teaching, my academic research, and my experience in professional practice overlap—are the most exciting.”