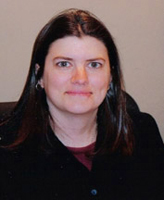 Christine Becker, an associate professor in the University of Notre Dame’s Department of Film, Television, and Theatre, has received the 2011 Michael Nelson Prize from the International Association for Media and History (IAMHIST).

Becker will be honored for her 2009 book, It’s the Pictures that Got Small: Hollywood Film Stars on 1950’s Television, at the IAMHIST Conference July 6-10, 2011 in Copenhagen, Denmark.

IAMHIST is an organization of filmmakers, broadcasters, archivists, and scholars dedicated to historical inquiry into film, radio, television, and related media. The biennial Michael Nelson Prize is awarded to the book, radio or television program or series, film, DVD, CD-ROM, or URL that made the best contribution on the subject of media and history during the preceding two years. 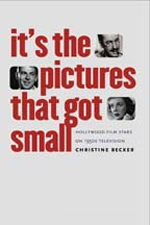 In It’s the Pictures That Got Small: Hollywood Film Stars on 1950s Television, Becker gives readers an inside look at a period of great transition in the film and television industries. Perceptions of celebrity were redefined as the classic studio system fell apart, and many stars moved from film to television—previously seen as a step down—without harming their reputations.

“In this groundbreaking study, Christine Becker asks why certain film stars, like Ronald Reagan and Ida Lupino, crossed over to television while others did not, why some succeeded in the new medium and others failed, and how the presence of film stars shaped the nature of certain television genres,” says a description from Becker’s publisher, Wesleyan University Press.

“Using extensive primary source material and new archival research, It’s the Pictures That Got Small argues that the early film-to-television crossover turned traditional myths of star-making inside out, fundamentally altering the standard workings of the Hollywood star system.”