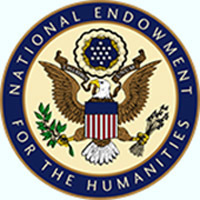 Five University of Notre Dame faculty members have received research fellowships from the National Endowment for the Humanities (NEH) for 2010, bringing to 42 the number of NEH fellowships awarded to Notre Dame in the past 11 years—more than any other university in the nation.

The NEH recipients from Notre Dame’s College of Arts and Letters are:

Karl Ameriks, McMahon-Hank Professor of Philosophy, for a book titled Kant’s Elliptical Path: On the Stages, Limits, and Aftermath of His Philosophy

Semion Lyandres, associate professor of history, for “The Fall of Tsarism: Untold Stories of the February 1917 Revolution”

Mark Noll, Francis A. McAnaney Professor of History, for “The Bible in American Public Life”

Originally published at newsinfo.nd.edu on December 23, 2009.