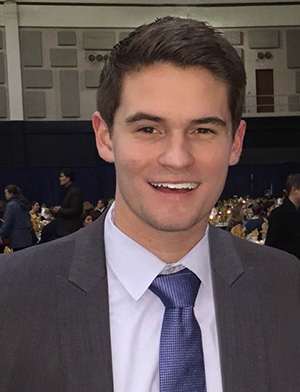 Nine months before his May 2016 graduation, Matt Castellini knew where he was headed after Notre Dame.

An economics major enrolled in the department’s new Financial Economics and Econometrics concentration (FEE), Castellini landed a job as a credit sales analyst at Bank of America Merrill Lynch after interning with the company last summer.

He had already completed internships with Credit Suisse and Goldman Sachs, and potential employers were taking notice of the Arts and Letters finance program on his resume.

“When I was looking for my internships, having the added financial concentration was definitely a benefit,” he said. “It provided me with a built-in narrative so that I could walk into interviews and express to them that I have a foundation in financial theory.’”

He’s not alone, either. Just one year into the new program, the concentration’s first cohort has yet to graduate, but many have positions waiting for them at firms such as Boston Consulting Group, Mercer Consulting, and Deutsche Bank.

The FEE students credit the concentration’s advanced coursework and networking opportunities with giving them a competitive edge in the job market.

“Because they could talk comfortably about things like the capital asset pricing model or they understood arbitrage pricing theory,” he said, “they could speak about them in an interview with confidence. And their broad liberal arts education gives them a distinctiveness that many employers see as an asset.” 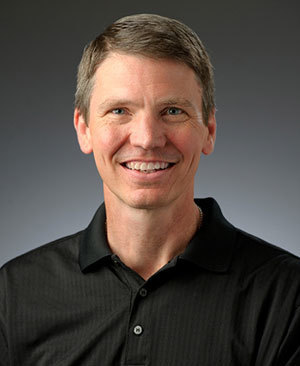 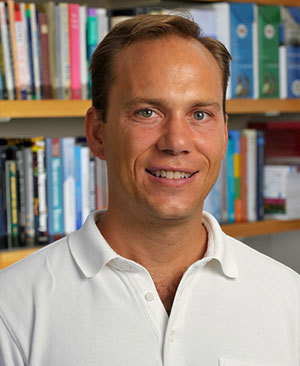 The program’s goal is to offer students an opportunity to learn about the theoretical foundations of the world of finance, including deeper issues surrounding regulatory structures, said Associate Professor Michael Pries. Pries and Fuerst serve as coordinators of the FEE concentration.

“After the financial crisis in 2008, students wanted to understand what went wrong and how to prevent it from happening again,” Pries said. “And to do that, you need to really understand the way financial markets work and not just understand how to manage money.”

One of the most popular aspects of the program is a one-credit enrichment course students take each semester of their junior and senior years. In the class, finance professionals—often Notre Dame alumni—come to campus to speak with the students.

“They really enjoy interacting with alumni in a variety of careers,” Fuerst said. “They receive guidance about initial job options, gain insights about their own careers, and develop contacts with people across a wide geographic area and across different fields of finance.”

After talking to the group about their experiences in the financial world, the speakers typically join four or five FEE students for dinner and additional networking opportunities.

“The business people who come show us that we’re gaining an incredibly valuable education,” Castellini said, “that we can take our economics degree and really run with it.”

The students often forge lasting relationships with the alumni, Castellini said. He has stayed in contact with several speakers, and one became a close mentor.

“When I was going through my interview process, he was instrumental,” Castellini said. “He met with me on campus at 7 a.m. to look over my resume and give me feedback. If I needed advice, he would pick up the phone and call me anytime. And I would say the professionals who were brought in would give the same amount of help to any student.”

Talking with accomplished finance experts also allows students to see how the economic and financial theories they learn in class are applied in the real world, Fuerst said.

“As a professor, it’s always neat when an external speaker—without any prompting—refers to concepts that are talked about in the classroom,” he said. “There ended up being even more interplay than I anticipated.”

The FEE concentration allows Arts and Letters students to develop a strong foundation in financial theory as part of a broader liberal arts education, Castellini said.

“I always knew I was going to end up in business,” he said, “but I liked being able to focus on the fundamentals behind the economy.

“My course of study allowed me to develop critical ways of thinking about problems and the creative freedom to explore how to solve them within economic guidelines and theory.”

Being able to understand such complex topics is not only important for his students’ careers, Fuerst said, but it is also critical for the financial industry.

“Notre Dame should have students who can confidently address regulatory and ethical issues,” he said. “Students from this University can contribute a different, distinct perspective, and that is incredibly important. If that wasn’t clear before, it’s definitely clear now.”