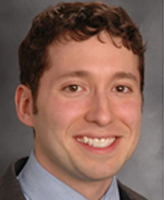 The collapse of the Soviet Union in 1992 brought an influx of Soviet mathematicians to U.S. institutions, and those scholars’ differing areas of specialization have changed the way math is studied and taught in this country, according to new research by University of Notre Dame Economist Kirk Doran and George Borjas from Harvard University.

Titled “The Collapse of the Soviet Union and the Productivity of American Mathematicians,” the study will appear in an upcoming edition of the Quarterly Journal of Economics.

“In this paper, we examine the impact of the influx of renowned Soviet mathematicians into the global mathematics community,” says Doran. 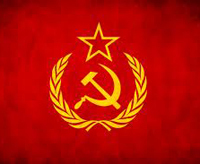 Between the rise and fall of communism in the Soviet Union (1922-92), there was little collaboration and were few exchanges between Soviet and Western mathematicians. In fact, any communication with American mathematicians was read by authorities and special permission was needed to publish outside the Soviet Union.

“Just as speakers of one language, when separated geographically for many generations, develop separate and different dialects through natural changes over time, so Western and Eastern mathematicians, separated by Stalinist and Cold War political institutions, developed under different influences to the point of achieving very different specializations across the fields of mathematics,” according to Doran.

Results of the study suggest that the sudden shift in specialized areas not only was related to a decline in the productivity of American mathematicians whose areas of specialty most overlapped with that of the Soviets, but it also reduced the likelihood of a competing American mathematician producing a top research paper.

Similarly, marginal American mathematicians became much more likely to transfer to lower ranked institutions and to significantly reduce their research and scholarship. There also is evidence in the study that the students of Soviet émigrés had higher lifetime productivity than students from the same institution whose advisers were non-Soviet émigrés.