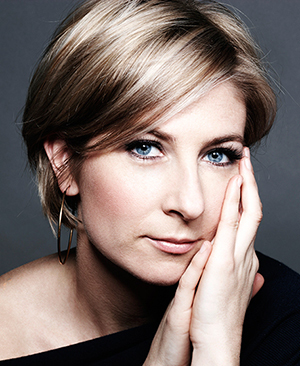 The Berlin Philharmonic is consistently rated among the preeminent orchestras in the world, alongside the Vienna Philharmonic and the Royal Concertgebouw in Amsterdam.

Duffy sings the major roles of the Fire, the Princess, and the Nightingale in Ravel's masterpiece, and joins an internationally recognized cast of singers. The performance will be led by Finnish conductor Mikko Franck, who has appeared with many of the world's finest orchestras. In March, Duffy will reprise her roles in L'enfant with the legendary conductor Seiji Ozawa at his Ongaku-Juku Festival in Japan.

According to Department Chair Peter Smith, singing a major role with the Berlin Philharmonic and performing in Japan under Seiji Ozawa represent the highest level of achievement in the classical music world.

"In terms of both artistic stature and financial resources, these institutions could engage any soprano in the world and they have chosen specifically to engage Kiera," Smith said. "This recognition is a distinctive honor for Kiera and by extension for the department and University."

In 2013, she made her debut with the Metropolitan Opera as Das Erste Blumenmädchen in Richard Wagner's Parsifal under Daniele Gatti, and with the Lyric Opera of Chicago as Stella in Andre Previn's A Streetcar Named Desire.

Still, the opportunity to perform with the Berlin Philharmonic represents a jewel in the crown of these achievements.

"The Berlin Philharmonic is the crème de la crème of the world’s orchestras," Duffy said. "As an undergraduate student at Westminster Choir College, I had the good fortune of singing as a chorister with the Berlin Phil at Carnegie Hall, but I would have laughed (loudly!) in the face of anyone who would have told me I’d sing with them again . . . as a soloist.

"This is an extraordinary opportunity and I am very grateful for it."