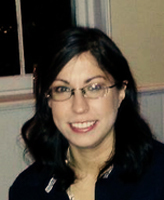 “When you’re working on a dissertation, you’re stuck in your own head a lot, so I wondered if anyone cares about this other than me,” says Hilary Fox, who received her Ph.D. from Notre Dame’s Department of English in 2012. “Having a group of people tell you, ‘Yes, we actually do care and find it really interesting and important,’ that’s a psychological boost.”

The Mellon Foundation/American Council of Learned Societies (ACLS) Dissertation Completion Fellowship Fox received offered her that validation and quite a bit more. The fellowship awards exceptional doctoral candidates in the humanities a stipend and research funding to aid in the completion of a dissertation. ACLS awards just 65 fellowships per year nationwide.

Despite the competition, the English graduate program in the College of Arts and Letters has seen two of its scholars receive this honor in the past three years—Fox and current doctoral candidate Patrick Mello, who was awarded a fellowship for 2012-2013.

ACLS awards are quite difficult to earn, says Associate Professor Elliot Visconsi, director of graduate studies in the Department of English. “They’re a sign of exceptional distinction for the winners.”

“It’s a real testimony to the excellence of research that our students are doing, and it also reflects well on the department and all the faculty who have guided them,” he says. “We’re very proud of both of these students.”

Inside the Medieval Mind

Fox is currently a collegiate assistant professor and Harper-Schmidt Postdoctoral Fellow at the University of Chicago, a program that provides up to four years of funding for teaching and research in the liberal arts. She was surprised and encouraged, she says, to learn that she had been chosen as an ACLS fellow for 2010-11.

“It was a really fantastic honor not only to have my project recognized,” she says, “but to acknowledge the contribution that medieval studies can make to the humanities.”

Fox’s dissertation, “Mind, Body, Soul, and Self in the Alfredian Translations,” explores the main texts that have been associated with Alfred the Great, King of Wessex, and how they reveal the individual’s conception of—and place within—the medieval world. “I have always been interested in questions about how we think and experience our emotional, mental, and psychological lives,” she says.

In the course of her work, Fox discovered a source for the translation of Boethius’ Consolation of Philosophy that had not been previously identified by other scholars. “I worked out what the source was and realized no one had ever made this connection,” she says. “That was incredibly exciting; I had found something new.”

The support of the Mellon/ACLS Fellowship proved crucial to the completion of her dissertation. “It really gave me the time that I needed to write,” says Fox, “as well as research support for books and research materials that I was having trouble getting.”

The Department of English provided invaluable support as well. “There’s a strong sense of camaraderie and collegiality, especially among the medievalists,” says Fox. “You hear stories about super competitive departments, but here the conversation and the communication were great, and that really helped my work.”

In the postdoctoral world, Fox says, she continues to benefit from her experience as an ACLS fellow. “Because the ACLS is interdisciplinary, writing the dissertation completion application was fantastic practice in terms of talking to educated people who are not in your field,” she says. “You have to explain the peculiarities of your highly specific research topic to people who work in unrelated fields or time periods.”

Fox, who recently accepted a tenure-track position in medieval literature at Wayne State University, is grateful for that exposure. “That experience—and winning a national award open to people beyond my immediate discipline—gave me a lot of confidence,” she says.

Inside the 18th-Century Novel 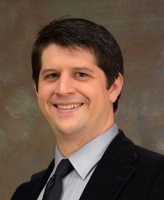 Patrick Mello centers his research on more modern times: the 18th century. “I love the literature,” he says, “and I love the connections working in this time period allows you to draw between intellectual thought, literature, and the rise of periodicals, which are all coming together.”

His dissertation, “Toleration, Persecution, and the Novel,” focuses on how novels in this time period deal with the issues surrounding religious difference. “I take a look at pluralism and the social anxieties that directly influenced the formal development of the novel.”

Mello focuses on literature written after the Jacobite Rebellions in 1715 and 1745. “My dissertation argues that the novelistic preoccupation with character and community gave voice to both the continuing struggle for religious equality and the fear of writers like Henry Fielding and Robert Paltock that religious difference would ultimately lead to the downfall of the nation,” says Mello. “Moreover, reading persecution through the lens of toleration offers new insights into the development of cosmopolitanism.”

Mello says he honestly hadn’t expected to win an ACLS fellowship. “It is a very competitive award. You have to have a really strong project, faculty support and a little luck.”

Margaret Doody, John and Barbara Glynn Family Professor of Literature and former director of the College’s Ph.D. in Literature program, is Mello’s adviser. “She’s supportive and generous, and her work has been incredibly important to my dissertation.”

“It’s not often you find so many good people at the same university,” he adds. “There are few places that have this many quality 18th centuryists.”

The University and College have also been supportive of his work, Mello says, assisting him with grants to conduct primary source research at the Victoria and Albert Museum in London and the Lincoln Archives Office in England’s Lincoln County. “That research was fundamental to me winning the award—there’s no doubt about that,” he says.

“It’s a real advantage to be here. A lot of universities don’t have the ability to support the students the way Notre Dame does. My dissertation would not be the same without that work.”

Now in the final stretch of his project, Mello says he appreciates all the opportunities the fellowship has offered him.

“It makes a huge difference,” he says. “It definitely opens up doors.”