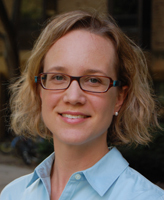 While Americans have a storied past with internal migration dating back hundreds of years, the number of people relocating within the U.S. has dropped to a 30-year low.

University of Notre Dame economist Abigail Wozniak, together with Raven Molloy and Christopher Smith of the Federal Reserve, reviewed 30 years of data and found that the recent slump in the housing market and economic conditions play little part in the decline. The study will be published in mid-August in the Journal of Economic Perspectives.

“The decline in long-distance moves has attracted attention as part of the housing crisis and recession,” Wozniak says. “Economists are worried about two things: that underwater mortgage holders will not move for job opportunities because they will have to take a loss on their homes, and that low migration is slowing the recovery more generally. We find instead that migration has been trending down for years, and recent events have not exacerbated it.”

Specifically, the researchers found that states with high percentages of homeowners with negative equity are no more likely than other states to see a decline in long-distance migration of their residents.

The researchers were able to rule out changing population demographics, rising female labor-force participation and changing homeownership rates as forces behind the decline.

“We hope to say something more definitive about the cause of the decline in the future,” remarked Wozniak, “because we think it will tell us something important about long run changes in the U.S. economy.”

Originally published by Susan Guibert and Paul Murphy at newsinfo.nd.edu on July 28, 2011.