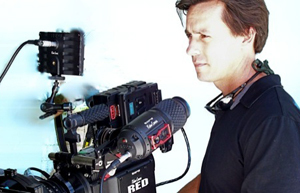 William Donaruma, a faculty member in the University of Notre Dame’s Department of Film, Television and Theatre, has been honored in the 2010 Accolade Competition with an Award of Excellence: Feature Documentary for his film “Strong Bodies Fight.”

Donaruma also won an Accolade Award of Merit: Direction in 2009 for his short film “Gotta Get Out!”

“Strong Bodies Fight” was produced in partnership with Mark Weber, a 2009 graduate who was president of the Notre Dame Boxing Club. The film tells the story of the Boxing Club’s annual Bengal Bouts, which has raised money over the past 80 years for Holy Cross missions in Bangladesh.

“We are excited to have achieved this recognition from the Accolade Competition as a validation of our hard work by this distinguished group of filmmaking professionals,” Donaruma said. “We can only hope that this is a first step of success for our movie in the year to come.”

The competition recognizes film, television, and videography professionals who demonstrate exceptional achievement in craft and creativity and those who produce standout entertainment or contribute to profound social changes. Entries are judged by highly qualified professionals in the film and television industry. Information about the competition and a list of recent winners can be found here.

Originally published by newsinfo.nd.edu on March 12, 2010.