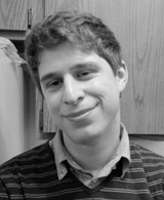 For the first time since their discovery in 2005, archival records chronicling police violence during the Guatemalan Civil War have been made available to academic researchers. And Ph.D. candidate Christopher Sullivan has become one of the first scholars to investigate the collection of more than 80 million documents at the National Police Archives in Guatemala City.

Sullivan, who is specializing in comparative politics and international relations, recently got the opportunity to examine the growing number of digitized records of these materials, which were originally found by the Guatemalan government’s human rights office.

“The goal,” he says, “is to account for why states abuse the human rights of their citizens and to develop a model that might aid in identifying where human rights abuses are likely to take place in the future.”

By collecting, sorting, cataloguing, and studying relevant information in this collection, Sullivan seeks to answer questions about human rights violations that took place during the 30-year civil war.

Getting an Inside Look

The collection Sullivan is examining details the inner workings of the Guatemalan National Police (GNP), the main security force during the country’s civil war. Due to the rampant corruption within the organization, the GNP was disbanded after the 1996 peace accord.

The records are the most comprehensive chronicles of official, wartime human rights violations ever discovered in Latin America, says Sullivan, noting that roughly 180,000 Guatemalan citizens were killed during GNP’s reign, although the insurgent threat was never estimated to be more than 3,000 armed guerillas.

“How can we explain the disparity between the number of potentially legitimate targets for state violence and the number of actual victims?” he says. “What led the state to violate the human rights of so many of its citizens?”

Current scholarship breaks down the components that comprise repression and the mobilization of state violence against its citizens, says Sullivan, but gaps still exist related to understanding the broader trends that lead to such violence. The academic community still knows little about what causes states to increase or decrease the application of internal repression or to label individuals as targets.

“To resolve this puzzle, we need to understand how and why states select subsets of their populations as potential objects for surveillance, intimidation, and, ultimately, violence. … Regrettably, our existing understanding of the answers to these questions is extremely limited.”

Filling in the Gaps

To fund his travel to Guatemala, Sullivan received a Graduate Student Research Award and a Graduate Student Professional Development Award from Notre Dame’s Institute for Scholarship in the Liberal Arts. He also used part of his grant money to attend conferences in Bogota, Colombia, and in Montreal, Canada, to present papers about his work.

Sullivan says his adviser and dissertation committee chair, Christian Davenport, a professor of peace studies, political science, and sociology, has provided instrumental support throughout this undertaking.

“Having conducted similar large-scale data collection projects on human rights abuses in countries from Rwanda to India, Professor Davenport has been both an inspiration and guide,” he says.

Sullivan is also working on several other research pursuits—including the “Troubles” project with Davenport that seeks to identify what caused the conflict in Northern Ireland from 1968 to 1998—and is the managing editor of the peer-reviewed Journal of Conflict Resolution.

The materials from Guatemala he is currently researching provide a solid foundation for understanding how police gather citizen information during war and how it can result in human rights abuses.

“The types of information recorded by the state during surveillance activities will help us to understand how states ‘think’ about engaging in political repression and will provide insights into the processes that generate repressive outcomes,” Sullivan says. “Then, by investigating when and where states ‘act’ on that information, we will be better able to account for both the causes of different patterns of repressive behavior and the scope of the repressive targeting effort.”