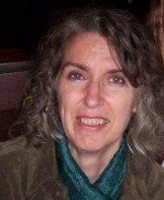 Susan Blackwell Ramsey, a 2008 graduate of the University of Notre Dame’s M.F.A. in Creative Writing Program, is the winner of the Prairie Schooner Book Prize in Poetry for 2011. She will receive a $3,000 prize and publication of her manuscript, A Mind Like This, by the University of Nebraska Press.

Ramsey, who received her bachelor’s degree from Kalamazoo College, came to Notre Dame with a wealth of life experience. She had worked as a high school teacher, gardener, and horticultural transparencies librarian. Her primary occupation, though, was bookseller. While raising three children, she worked at the Athena Book Shop, an independent bookstore in Kalamazoo, Mich.

She also wrote poetry—beginning in grade school—with publications in Poetry Northwest, The Indiana Review, and New Voices from the Third Coast: An Anthology of Michigan Poets even before entering Notre Dame. Ramsey recalls her first acceptance: “Two poems in The Muse Strikes Back: A Poetic Response by Women to Men. I was showing the letter to strangers on the street.”

In 2002, she received an Irving S. Gilmore Emerging Artist Grant for her poetry.

When the Athena Book Shop closed in 2006, Ramsey was admitted into Notre Dame’s M.F.A. in Creative Writing Program—and received the program’s William Mitchell Award in 2008. While a student, her work appeared in Wayne State University’s New Poems from the Third Coast: Contemporary Michigan Poetry. In 2006, she won the Marjorie J. Wilson Award from Margie: The Journal of American Poetry, and David Wagoner chose her “Pickled Heads, St. Petersburg” for the 2009 edition of Best American Poetry.

In addition to her work as a poet, Ramsey teaches spinning, knitting, and creative writing at the Kalamazoo Institute of Arts.