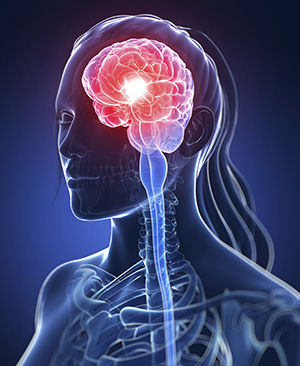 Neuroscience is a relatively young field devoted to the scientific study of the nervous system. It encompasses many different levels of analysis—from the study of molecular mechanisms in individual neurons to the evolution of nervous systems to the development of models of human thinking, affect, and behavior.

“The creation of the new major was prompted by a true groundswell of excitement about the discipline among current and prospective students,” said Sunny Boyd, a professor in the Department of Biological Sciences and the director of undergraduate studies for the new major in the College of Science.”

The program already has 50 students enrolled, and Boyd estimates that as many as 75 students will declare the major in its first year.

“This is beyond our expectations,” says Daniel Lapsley, professor and chair of the Department of Psychology, adding that the program “will prepare Notre Dame undergraduates to take up some of the most important questions on the leading edge of science.”

Students who pursue the major will take required courses and electives in approximately equal numbers from the Department of Biological Sciences and the Department of Psychology, including a newly enhanced introduction to neuroscience course with a laboratory component.

“The rigorous neuroscience and behavior major offers students a unique education that is both broad and deep, as well as adaptable,” Boyd said.

Reflecting the interdisciplinary nature of the field, the flexible curriculum may be customized to best prepare students for a variety of future careers—from biological and psychological research to clinical psychology, medicine, and other health professions.

Neuroscience is a distinctive feature of undergraduate and graduate curricula at many prominent liberal arts colleges and research universities, said Lapsley, the Alliance for Catholic Education (ACE) Collegiate Professor of Psychology. “It is a field of study that will be central to the evolution of the discipline for decades to come.”

The field of neuroscience has expanded rapidly in recent years—along with a growing understanding of the importance of research on the nervous system to other disciplines, Boyd said. Federal investment in neuroscience research is also on the rise. In 2013, President Barack Obama announced the start of the BRAIN initiative, with an initial investment of $100 million for 2014 alone.

Given the tremendous growth of this important field, the deans of both the College of Arts and Letters and the College of Science look forward to offering this new path to Notre Dame students.

“This is a very exciting development for the University," said Gregory Crawford, William K. Warren Foundation Dean of the College of Science. “Creating innovative, attractive curricular options that transcend college boundaries is a priority for us.”

John McGreevy, I.A. O’Shaughnessy Dean of the College of Arts and Letters, also looks forward to the partnership. “I can’t recall any other major that has brought together two colleges in such an integrated way,” he said.

“Because neuroscience is a fundamentally interdisciplinary program of study,” McGreevy said, “this major will provide a concentration of multiple disciplines across the sciences and humanities, and it will create a new context on campus for scholarly conversation about the nature of mind, brain, and behavior.”