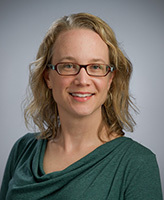 It’s generally understood that people with college degrees earn more money than those who did not attend college, and new research now shows that a college degree also boosts health. According to a study from the University of Notre Dame, college graduates experience long-term health effects not seen in non-college grads.

The study, titled “The Effect of College Education on Health,” is part of the National Bureau of Economic Research Working Paper Series.

Notre Dame economists Kasey Buckles, Abigail Wozniak, and Andreas Hagemann, together with Melinda Sandler Morrill from North Carolina State University and Ofer Malamud from the University of Chicago, examined the completion of college on adult mortality and found a 28 percent reduction in early mortality for college graduates.

Using variation in college completion induced by draft-avoidance during the Vietnam War, the researchers were able to identify the effect of increased higher education on the later health status of men who were eligible to be drafted into the war.

They focused on the cumulative mortality rate between 1981 and 2007, taking into account factors such as better health insurance and higher wages enjoyed by college graduates, as well as the relationship between college completion and various health behaviors such as smoking, exercise and obesity.

Much of the decrease in mortality was driven by fewer deaths from cancer and heart disease.