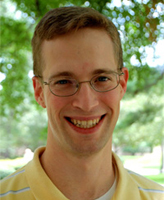 Did the Catholic sex-abuse scandal benefit other faiths? New research by economist Dan Hungerman shows it did.

The study by Hungerman, Stepan Family Associate Professor of Economics at the University of Notre Dame, shows a 2 million member drop in the Catholic population following the sex-abuse scandal and more than $3 billion in donations to non-Catholic faiths, with Baptist churches showing the most significant gains.

“Substitution and Stigma: Evidence on Religious Competition from the Catholic Sex-Abuse Scandal” will appear next week on the National Bureau of Economic Research website and later in print.

“Over time, the scandal led to a rise in both religious non-affiliation and participation in non-Catholic traditions,” says Hungerman.

“Those leaving the Catholic Church substitute into a wide variety of alternatives. The Catholic tradition is closer to certain traditions—Anglican or Episcopalian—than others, and one might expect the scandal to lead to gains for these churches. But the evidence suggests the opposite.”

Results of Hungerman’s study indicate that Baptist churches experienced the largest gains from the scandal, yet Baptists are a Protestant group considered most distant from Catholics in a number of areas.