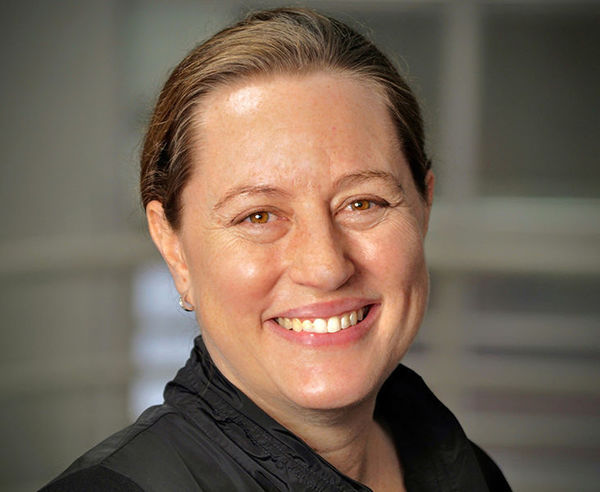 Kate Marshall, associate professor of English at the University of Notre Dame, has received a fellowship from the National Humanities Center (NHC) to spend this academic year researching and writing at the center in Durham, North Carolina.

The NHC grants up to 40 fellowships annually—from among hundreds of applications—to leading scholars from around the world in all fields of the humanities.

“NHC is a complete intellectual paradise,” Marshall said. “You’re surrounded by brilliant people, you have a beautiful office to work out of, it’s in the woods, and you have time, which is so rare and wonderful.

“There is no place else I could possibly have been to do this work as well or as happily.”

Her book project, titled Novels by Aliens, examines the relationship between non-human narration in contemporary realist fiction and the phenomenon of resistance to anthropocentrism, which is at the forefront of recent debates in critical theory.

By tracing that resistance across other disciplines such as media studies, philosophy, and the history of science, Marshall draws lines between contemporary literary works that make use of deliberate experiments in non-human narration.

Emerging from those connections is what Marshall terms narrative sentience—the capacity to engage critical questions about non-human agency within narrative form.

She points out that this is not a particularly new phenomenon.

“Novelists have been experimenting with forms of non-human narration for a very long time, longer than perhaps we’ve previously been aware or drawn attention to, in ways that get at some of the questions that feel urgent to critical thinkers today,” she said. “There are novels that offer us ways of thinking about complex problems that we might not have access to otherwise.”

Authors like Margaret Atwood and Jeff VanderMeer are exploring a non-human perspective in innovative ways, Marshall said, and looking at ways to understand the problems facing the interaction of humans and non-humans.

Employing methods of critical theory, Marshall also addresses the inherent limitation of human language for speculating and writing from the perspective of non-human things.

She identifies—throughout contemporary fiction and philosophy—a persistent choice to eschew anthropocentric thinking, as critical discourse shows it is a threat to planetary ecology.

“These thinkers all want to think of the planet, or objects, or climate, or even social systems, without depending on human perspective or other anthropomorphizing gestures,” she said.

In January, she will present further research in a keynote address to critical theorists at the Winter School Ravenstein Seminar for the Consortium of Dutch Universities in Amsterdam.

So far, her time at the Center in Durham has been fruitful.

“After the scholars at the center presented our projects, we realized that many of us share an interest in objects and agents, and we formed a seminar,” Marshall said. “Now I’m meeting regularly with an art historian, a feminist philosopher, an architectural theorist, and a few others, asking similar questions together.

“The kind of work you can do when you have both the time and this environment is really special.”