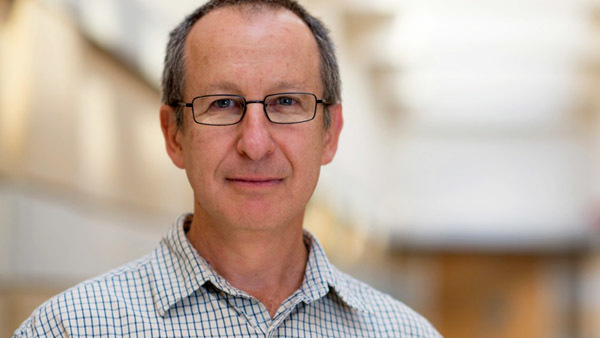 Kaufman, who joined the Notre Dame faculty in 2005, is an expert on border disputes and regional conflicts, specializing in the history and legacy of nationalism and colonialism in the Middle East. His research and teaching focus on the contested frontiers of Syria, Lebanon, and Israel, and on Arab-Jewish relations more generally.

“Professor Kaufman is an extraordinary scholar, teacher, and colleague who brings sophisticated and nuanced thinking to some of the most challenging and complex issues of our time,” said Scott Appleby, the Marilyn Keough Dean of the Keough School of Global Affairs, of which the Kroc Institute is an integral part.

“We are deeply grateful to him for embracing this opportunity to lead the Kroc Institute, taking it to new heights of excellence.”

Kaufman, who earned his Ph.D. in history from Brandeis University, previously taught at the Hebrew University in Jerusalem and served as a research fellow at the Harry S. Truman Research Institute for the Advancement of Peace. From 2009-10, he was a fellow at the Woodrow Wilson International Center for Scholars in Washington, D.C.

His current research examines the 1982 Israeli invasion of Lebanon and the consequent 18-year occupation of South Lebanon from 1982 to 2000. In this project he studies questions of memory, forgetfulness, and silence within Israeli, Lebanese, and Palestinian societies.

Kaufman takes on the role held by Ruth Abbey, professor of political science, who has served as interim director of the Kroc Institute since 2014.

The Kroc Institute for International Peace Studies, a leading center for interdisciplinary peace research and teaching, was founded in 1986 by the late Notre Dame president emeritus Rev. Theodore M. Hesburgh, C.S.C. and philanthropist Joan B. Kroc. The institute administers a Ph.D. program, an undergraduate supplementary major and interdisciplinary minor in peace studies and the international peace studies concentration within the Keough School’s new master of global affairs.