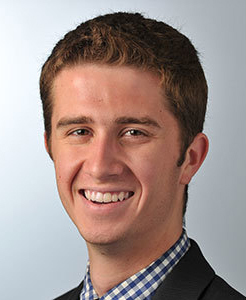 Notre Dame seniors Teresa Kennedy and Connor Hayes have been selected to receive the 2016 Yarrow Award from the Kroc Institute for International Peace Studies.

The Yarrow Award is given annually to peace studies undergraduates who demonstrate academic excellence and a commitment to service in peace and justice.  Recipients have records of outstanding academic accomplishment in both peace studies and other academic pursuits, as well as strong histories of leadership and public service and career goals that reflect a dedication to work for peace and justice beyond graduation. 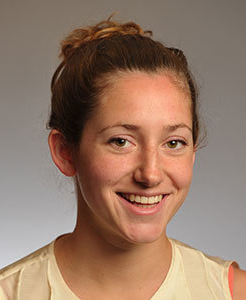 “Teresa and Connor have distinguished themselves through their impressive academic records and sustained commitment to promoting justice and peace in the world,” said Ernesto Verdeja, professor of political science and director of undergraduate studies at the Kroc Institute. “Their work is a reflection of the highest values of the Kroc Institute, and I have no doubt they will continue to make important contributions to peace after leaving Notre Dame.”

At Notre Dame, Kennedy volunteered as a tutor and a mentor to local high school students through the Robinson Community Learning Center. She is the founder of Fighting Together, a cancer survivors club on campus that encourages and mentors children in a local pediatric oncology unit.

Internationally, she has done service work with organizations in Peru and Chile and conducted independent research on topics ranging from alternative strategies for refugee housing (Germany) to indigenous land and identity (Chile) and cultural preservation (England).  Kennedy also served for several years as president of Human Rights ND and last summer completed an investigative internship with Human Rights Watch in New York City.

Hayes, who also has a supplementary major in gender studies, founded PrismND, Notre Dame’s first recognized LGBTQ club, and has volunteered as a peer educator with the Gender Relations Center on campus.  He has served internationally in Peru, where he worked with Pro World Service Corps on women’s health and economic empowerment. In Ireland, he volunteered for the YesEquality campaign to promote marriage equality.

A Kellogg International Scholar and Glynn Family Honors Scholar, Hayes has conducted independent research on various aspects of the LGBTQ rights movements in Ireland and the United States. He recently completed a summer internship with the Center for American Progress, assisting in various media and communication efforts to raise awareness of the connection between faith and public policy.

After graduation, Kennedy will return to her hometown to teach English as a Second Language at her former high school while pursuing career opportunities in peacebuilding related to indigenous rights, dialogue, and conflict resolution. Hayes will complete a year of service with Jesuit Volunteer Corps Northwest in Portland, Oregon. He hopes to attend law school and eventually pursue a career in public interest law.