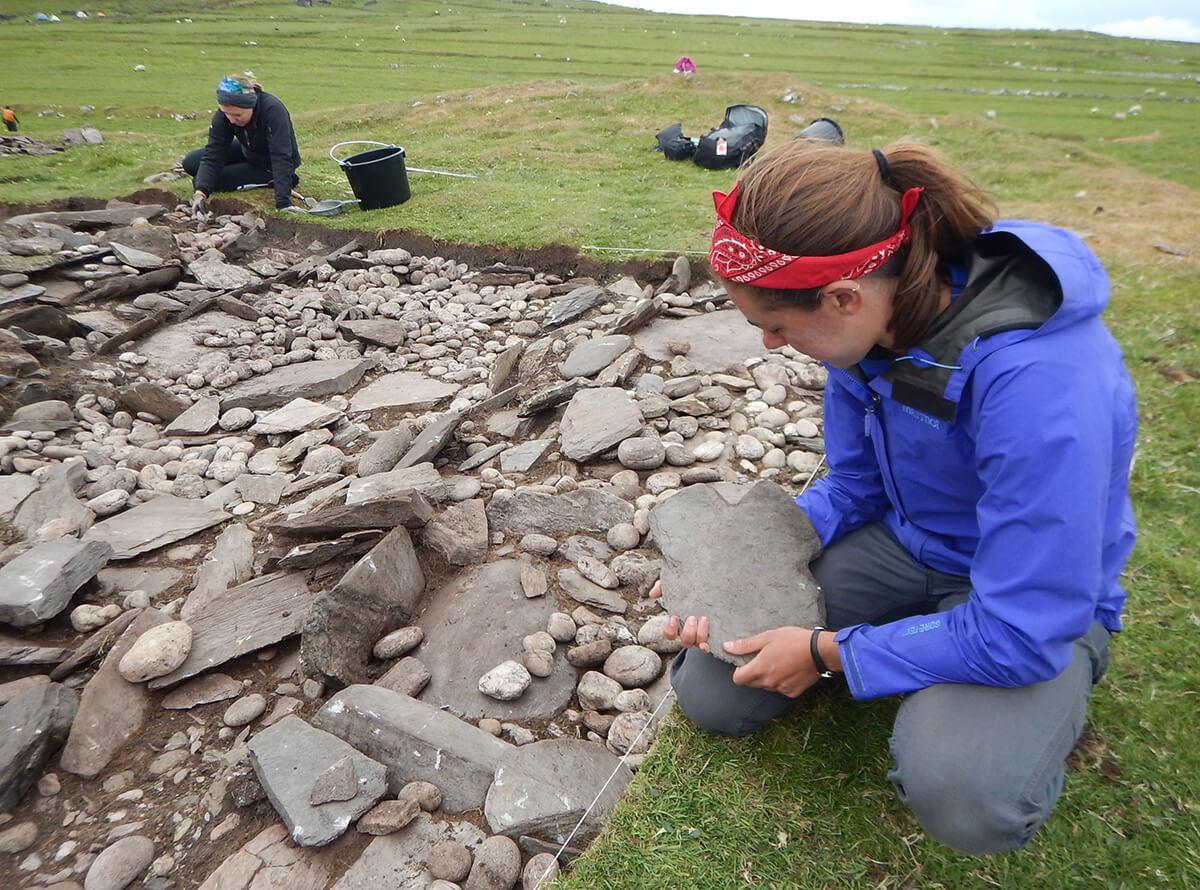 Despite weather issues, engine malfunctions, and permit-related delays, the experience caused her to fall in love with—and major in—anthropology. 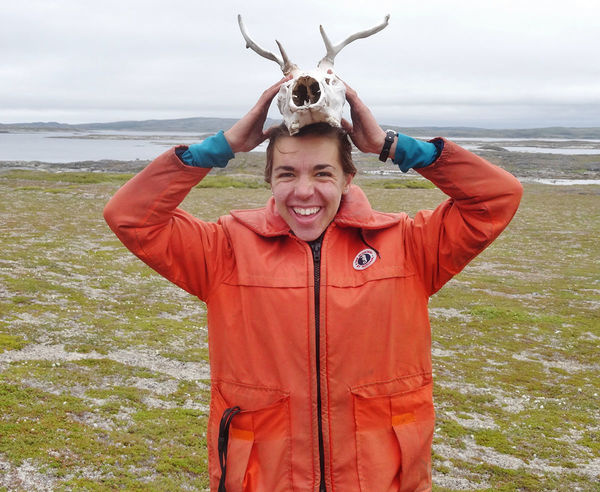 “It’s also a very tangible interaction with the past. Being able connect that to the present and the future is so powerful.”

Portman, a Glynn Family Honors Scholar and Stamps Scholar with a supplementary major in applied and computational mathematics and statistics, focuses her studies on biological anthropology and archaeology.

In 2015, she was awarded Notre Dame’s annual Smithsonian Internship, which began with four weeks of archival work in Washington, D.C., followed by six weeks in Newfoundland and Labrador, Canada.

“The internship helped me engage with what I’m learning in the classroom and completely changed what I want to do with my career,” she said. “My research experiences have taken my education to another level that I wouldn’t get otherwise.”

“Anthropology forces you to look outside of your own perspective and see things in a way you wouldn’t normally see them. And the more we understand about each other, the better we can all work together.” 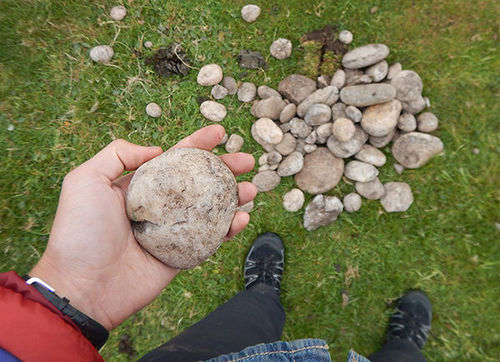 Rocks at the excavation site on the Irish island of Inishark.

“At first it just looked like a pile of rocks, but as I looked more closely, I could see that some of them were upright, forming these pathways,” she said. “It was on a cliff and it was covered with quartz cobbles—really smooth stones—that we know aren’t there naturally. But there were thousands of them. So people came up to this site and brought the stones, we believe, as a sort of offering. It’s such a visceral connection with people who lived a thousand years ago.”

Portman then returned to campus to work with Sheridan in Notre Dame’s osteology lab, studying the skeletons of monks from Byzantine Jerusalem.

“A lot of her research has shown, by looking at abnormalities on their knees, their feet, their toes, that they probably kneeled hundreds of times every day and put an extremely unusual amount of stress on their lower limbs, to the point where all the cartilage was gone,” Portman said. “It must have been incredibly painful, but it was part of their daily activity.” 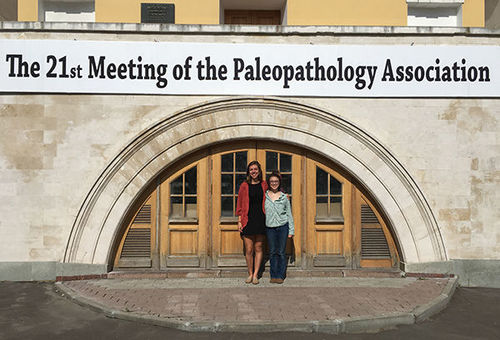 Portman at the European Meeting of the Paleopathology Association in Russia.

At the end of the summer, Portman traveled with Sheridan and two other students to Moscow, to present their findings to the European Meeting of the Paleopathology Association.

“Presenting our research was almost as exciting as getting to interact with some of the biggest names in this niche of anthropology,” Portman said. “I talked and had dinner with leaders in bioarchaeology who are personal heroes of mine. And I was able to hear about some of the newest developments in the field—all against the unforgettable backdrop of post-Soviet Russia.”

Portman, an Arts and Letters Dean’s Fellow and a violinist in the Notre Dame Symphony Orchestra, is already planning her next summer fieldwork experience, which will serve as the foundation of her senior thesis. She also hopes to do more fieldwork after graduation, before eventually beginning a graduate program.

Her research has changed her view of the world—and ultimately, she would like to spend her career working to make anthropological findings more accessible to the public.

“Anthropology forces you to look outside of your own perspective and see things in a way you wouldn’t normally see them,” Portman said. “You can travel and see new things and learn about people—not just by visiting but by working with them. And the more we understand about each other, the better we can all work together.”