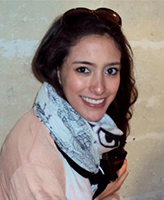 With the help of a grant from the Undergraduate Research Opportunities Program (UROP), Villavicencio focused on the governmental policies geared toward indigenous populations in Guatemala and the cultural factors that prevent their upward mobility.

Many indigenous Guatemalans, she says, live in poverty, without access to clean water or quality education. While there are existing government policies intended to promote integration in the country, Villavicencio says they are “superficial.”

“The policies seem to be geared toward cultural concerns, but do not address actual economic equality and political integration,” she says.

When she returned home to begin her research, Villavicencio says that people in her community questioned why she would want to study social mobility and multiculturalism.

“That points to why I am interested in it,” she says, “because I think that more people should care. I feel that it’s a question we should all focus on because it is so important for our nation and the future.”

Villavicencio conducted 15 in-person interviews with indigenous people in Guatemala City. When she first began her research, she says, she was surprised to discover her interviewees’ reluctance to speak about their heritage.

“There are a lot of negative connotations and stereotypes associated with being indigenous,” she notes.

One of the valuable skills she developed during her first-hand research was the ability to make people comfortable and find ways to approach difficult topics creatively.

Her ability forge those connections not only yielded valuable data for her thesis, but also helped prepare her for further research in graduate school.

“I hope this work will be a launching pad for more research into multiculturalism,” Villavicencio says, “especially in Latin America where many of the studies on this topic are done by American and European researchers. “I am hoping to inspire more interest within the community itself.”

Throughout the process, Villavicencio says, the support she received from the College of Arts and Letters was key. Not only did a UROP grant from the Institute for Scholarship in the Liberal Arts help fund her research, but writing the grant proposal also helped her organize the project. 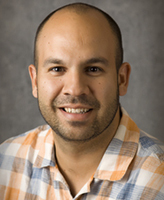 “Once I wrote the proposal,” she says, “it wasn’t just an idea, but a plan with clear steps and methods.”

Back on campus, Villavicencio worked with her faculty adviser, Gabriel Torres, director of undergraduate studies in the Department of Anthropology, to synthesize her research into a comprehensive thesis.

While processing and compiling the data was daunting at times, she says that ultimately, it was a rewarding venture that underscored the importance of her major.

What she appreciates most about anthropology, Villavicencio says, is “the capacity it has to break down barriers and stereotypes and just show people that there are other possibilities.”