The University of Notre Dame’s Science of Generosity Initiative has awarded $1.4 million to nine research projects that will study the origins, manifestations and consequences of generosity. The winning projects were chosen from among 327 proposals by scholars in numerous disciplines in this second phase of research funding. Four projects were funded earlier this year.

“In two rounds of competition, we received almost 700 research proposals, and these 13 projects gradually emerged as the most scientifically rigorous and promising we have seen. They are led by top-notch researchers and address a variety of important questions from diverse perspectives. I’m certain that we will learn a great deal about generosity from their work,” says Christian Smith, William R. Kenan Professor of Sociology and director of the generosity initiative.

Established in 2009 with a $5 million grant from the John Templeton Foundation, Notre Dame’s Science of Generosity Initiative brings together the often disconnected and diverse approaches to generosity studies in order to study generosity in all its forms. 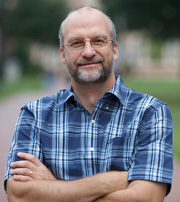 Among the projects recently funded are: