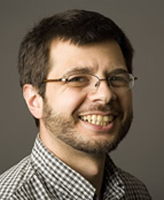 William Carbonaro, associate professor in the Department of Sociology, has been named the 2011 “Notre Dame DGS of the Year.” The award, in its inaugural year, honors the director of graduate studies deemed to have had the most significant impact on a University graduate program.

“While I am certain that there are many very good directors of graduate study on campus, I cannot imagine that there is one who is more competent, conscientious, and forward-looking than Bill Carbonaro,” says Rory McVeigh, professor and chair of the Department of Sociology.

Gregory E. Sterling, dean of the Graduate School, says the annual award was created to recognize the outstanding contributions of directors of graduate studies at Notre Dame. The selection committee evaluated a number of nominations from across the University to determine the inaugural winner, he says.

“Although competition for the award was very stiff,” Sterling says, “Bill has had a greater impact on his program than any other current director of graduate studies. He has reworked the program from the ground up. He has changed most of the key elements of the program and made it far more efficient and effective for students.”

Carbonaro also launched a popular series of “lunch talks,” held six times a semester, featuring topics such as how to make the most out of attendance at an academic conference and how to prepare for the job market—starting in the first year of graduate school.

“Bill’s work has directly improved the program in terms of our recruitment of top students, our retention of outstanding students, students’ skill development, and students’ professional socialization,” McVeigh says.

What’s more, he adds, Carbonaro, who specializes in sociology of education, social stratification, research methods, and statistics, has remained a productive and highly regarded researcher and a popular teacher throughout his tenure as DGS.

“His student course evaluations continue to be among the very best in our department,” McVeigh says.

The award will be presented at the 2011 Graduate School awards dinner on May 20.