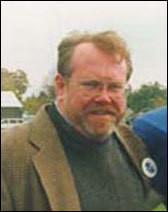 Of all the violence depicted in the movie “The Godfather,” perhaps nothing stands out more than a man taking part in a baptism as others carry out hits in his name, a sinister scene that seems less Jekyll and Hyde and more the culmination of a descent from upstanding citizen to crime boss.

But as surprising as it might be, Michael Welch, professor of sociology at the University of Notre Dame, says most criminologists wouldn’t link such a transformation to a corresponding change in one’s conception of right and wrong.

“They [criminologists] have tended to underplay the importance of morality as a mechanism of social control,” he says, explaining that much of the work in the field has instead focused on the idea of self-control.

As it was originally defined, self-control theory posits that everyone is predisposed to misbehave for personal gain and that people simply differ in their abilities to resist indulging their urges.

“The theory argues that most, if not all, social factors thought to be causes of or contributors to criminal and deviant acts are themselves affected by low self-control,” Welch says. “Thus, its effects are assumed to overshadow all others in accounting for many of the most important forms of misconduct.”

For his part, Welch doesn’t dispute the power of self-control. He just doesn’t think it acts alone.

With North Carolina State University’s Charles Tittle, one of the country’s leading criminologists, he is at work on a book that contends “morality does indeed matter,” playing a critical role in regulating behavior.

Their project considers crimes as well as acts that aren’t necessarily illegal but still violate social norms, such as sexual infidelity and lying. It is primarily based on a review of more than 250 empirical studies, each of which examined some aspect of the connection between moral attitudes and conduct. Welch and Tittle plan to analyze the impact of both morals that are religious in origin and those that are not, although most of the studies they have examined so far deal with the former.

“It seems clear that different aspects of religious orientation tend to show modest, but consistently negative, empirical relationships with criminal or deviant behavior,” Welch says. “These persistent net relationships indicate that persons who hold religious beliefs and practice them are less likely to misbehave than their non-religious counterparts, suggesting clearly that religion can inhibit or deter misconduct.”

In addition to these studies, which represent almost 80 years worth of findings, he and Tittle hope to incorporate results from surveys focused specifically on morality and deviance that were recently conducted in Russia, Greece and other countries. Welch says they believe this data will help them determine whether there are circumstances where beliefs that normally guide someone’s actions can be “neutralized.”

“This concern about susceptibility to neutralization is perhaps the central issue that has led many criminologists to question the deterrent power of morality and, hence, its importance for criminological theory,” Welch says.

Originally published by Ted Fox at newsinfo.nd.edu on May 27, 2008.