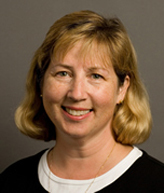 Responding to continued student demand for graduate-level courses in the languages and cultures at the foundation of Western civilization, Notre Dame is launching a new master’s degree program in classics.

“A person with our master’s degree will have advanced language training in Greek and Latin and comprehensive knowledge of the Greco-Roman world to apply to a number of different academic disciplines, such as Medieval studies, history, theology, philosophy, art history, literature, even political science,” says Elizabeth Mazurek, associate professor and chair of the Department of Classics.

The program will admit two to three students per year, beginning in fall 2011. Full tuition scholarships and stipends are available, and the application deadline for the first cohort is January 15, 2011.

A master’s degree in classics has a particular intellectual appeal at Notre Dame because of the University’s mission as a Catholic research institution and its strong graduate programs in related areas, including philosophy, theology, history, Medieval studies, Byzantine studies, Italian studies, literature, and early Christian studies. 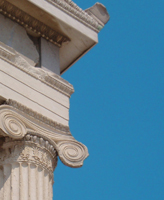 Many of the primary texts in those fields are in Greek and Latin, so language skills are also especially vital, Mazurek says. “You cannot really get to detailed analysis if you are reading those texts in English translation,” she says. “So much is lost, glossed over. It’s like a picture that’s out of focus if you don’t read the texts in the original language.”

For that reason, the Department of Classics has long offered advanced courses Greek, Latin, classical literature and ancient history to graduate students from other departments within the College of Arts and Letters. And over the last three years alone, enrollment in graduate-level classics courses has increased by 70 percent.

Because of this demand, most of the courses needed for the new M.A. are being offered regularly and a large, distinguished faculty is already in place.

“We have a long history of working with graduate students from related programs,” Mazurek says, “and so the M.A. in classics gives us a clearer, more formal process for bringing them into our curriculum and making sure that they receive rigorous training in precise textual, historical, and archaeological analysis.

Students in the new M.A. in classics will take 36 credits over two years and can choose from several areas of emphasis, including language and literature, history and archaeology, late antiquity, and philosophy.