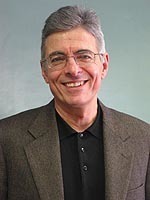 A new chapter in the history of relations between Christians and Muslims is being revealed with the English translation of a 12th century manuscript by a Christian archbishop living in Baghdad.

The document, by the medieval Syrian bishop Dionysius Bar Salibi titled “A Response to Muslims,” has been translated from its original Syriac and Arabic and interpreted by Rev. Joseph Amar, professor of Classics at the University of Notre Dame.

Considered the longest and most comprehensive Syriac text to jointly examine the fundamental points of Muslim and Christian doctrine, it is unique among historic Syriac texts “for the amount of information it contains on the origins, history and doctrinal development of Islam,” says Father Amar.

The manuscript was written during a period when politics and religious relations in the Western world were defined by conflicts between the Byzantine empire and Arab invaders. A sample of that ongoing bitternessand its resonance today was recalled recently when Pope Benedict XVI quoted statements by 14th century Emperor Manuel II Paleologus about violence and the Muslim religion.

In contrast, Father Amar says, Christians living side-by-side with Muslims in the Middle East during medieval times were capable of seeing commonalities among their religions.

“These discussions seem to be honestly interested in knowing about the other’s religion,” he said. “The tone and attitude are conciliatory.”

Most significant to Father Amar, the translation provides a view of Christian-Muslim relationships drawn from the experiences of proximity instead of geopolitical strife.

“There’s a beautiful section where the Muslims and the Christians say to each other that people of religion who go around picking fights don’t understand their own religion,” says Father Amar, who considers his first translation of those words at his desk a rare and affirming moment for a scholar. “It gives us what we need so badly: a historical perspective that’s grounded in something real and not in ideology and not in fear.”

The body of historic writings from Christians living in Arabic nations could substantially contribute to the world’s understanding of Christian-Muslim relations. And, says Father Amar, “There’s a great deal more to be learned.”

The difficulty is that one must know several ancient Middle Eastern languages as well as history to penetrate these historic documents.

“This has been a lifelong pursuit for me,” Father Amar said.

Father Amar currently is planning an international conference at Notre Dame this summer of scholars who will delve into the history of Christianity in the Middle East before the coming of Islam. The conference is being supported by a grant from the National Endowment for the Humanities (NEH).

Father Amar located Dionysius’ original manuscript in the archives of the British Museum, having learned that a 19th century Iraqi Christian had brought it to the museum, and that it had not been translated or interpreted.

Locating the manuscript in the museum itself constituted an adventure, with Father Amar and museum personnel opening and searching crates in a basement. After finding the original, Father Amar said he was able to locate and analyze other versions throughout Europe and the Middle East. The project took seven years to complete.

At the time the manuscript was written, Dionysius’ Syriac church was considered heretical and had been cut off from the Western church since the 5th century. Ecumenical discussions in the mid-1940s allowed the Syriac Church and the Roman Catholic Church to discover their common ground. During the papacy of John Paul II, Syriacs’ religious leader was invited to celebrate Mass at the Vatican.

Father Amar is a priest of the Syriac-Maronite Church of Antioch, an Oriental Catholic Church that maintained its union with Rome while Archbishop Dionysius’ church fell away over a dispute involving the divinity of Jesus.

Father Amar’s compilation has been published by the Belgium-based Corpus Scriptorum Christianorum Orientalium, which specializes in translating the historic works of Christians originally written in Syriac, Arabic, Ethiopic, Coptic and Armenian. The project was supported in part by the NEH.

Originally published by Gail Hinchion Mancini at newsinfo.nd.edu on January 09, 2007.