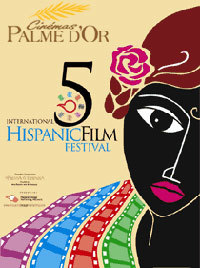 Father Groody plans to attend the festival, themed “The Latino Experience in North America,” to discuss his film, which provides a profound look at the human face of Mexican migrants, including who they are, why they leave their homes and what they face on their journies.

Drawing on the insights of Pulitzer Prize-winning photographers, theologians, church and congressional leaders, activists, musicians, and the immigrants themselves, the film explores the places of conflict, pain and hope along the U.S.-Mexico border.

“Dying to Live” has been adopted as an educational tool by the U.S. Catholic Bishops and will be used in conjunction with their recently launched Justice for Immigrants campaign. It also is being circulated among numerous organizations, including Catholic Charities, Catholic Relief Services, the Academy for Catholic Hispanic Theologians, No More Deaths, and Humane Borders.

The author of “Border of Death, Valley of Life: An Immigrant Journey of Heart and Spirit,” Father Groody, is an assistant professor of theology and director of the Center for Latino Spirituality and Culture in Notre Dame’s Institute for Latino Studies. He has been studying Mexican immigration for more than 15 years.