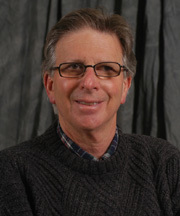 Rabbi Michael A. Signer, Abrams Professor of Jewish Thought and Culture at the University of Notre Dame, died Saturday (Jan. 10). He was 63 years old.

“We are saddened at the loss of our dear colleague Michael Signer,” said John Cavadini, chair of theology at Notre Dame. “His leading work in Christian-Jewish dialogue and his scholarship in medieval biblical exegesis made him a beloved teacher and scholar whose loss will be keenly felt not only by his colleagues and students in our theology department, but by the theological community worldwide.”

A member of Notre Dame’s faculty since 1992, Rabbi Signer was a professor of Jewish history at Hebrew Union College-Jewish Institute of Religion in Los Angeles from 1974 to 1991.

Rabbi Signer was an international scholar with wide-ranging expertise. In addition to Jewish history, liturgy and Biblical commentary, he was particularly interested in the multiple relationships between Judaism and Christianity. He initiated and directed the Notre Dame Holocaust Project, an interdisciplinary group of faculty which designs educational opportunities for the study of the Shoah.

Rabbi Signer was graduated from the University of California Los Angeles in 1966 and earned a master’s degree from Hebrew Union College in 1970, the same year as his rabbinical ordination. He became interested in interreligious affairs as a doctoral student at the University of Toronto, where he wrote his dissertation on Andrew of Saint Victor, a 12th century Biblical scholar. While in Los Angeles, he participated in numerous dialogues between Catholic priests and rabbis, taught Bible courses to Catholic seminarians of the Los Angeles archdiocese, and organized retreats for his Jewish, Catholic and Protestant colleagues.

Throughout his ministry and career, Rabbi Singer followed what he once described as “the impulse to explore relationships between Catholics and Jews by encouraging students to investigate the darker moments of rivalry and even persecution that mark the pages of history to those invigorating engagements between scholars of our two communities.” He said he cherished his years at Notre Dame because they provided him “the opportunity to engage in the day to day lives of Christian colleagues and students as they wrestle with what it means to live their tradition in the modern world. Their struggle to discover how their faith can guide them as they negotiate a path to discover meaning in the pluralistic society that surrounds them without surrendering a distinctive religious identity awakens many echoes of the Jewish tradition which has in the past and continues to chart its course between assimilation and resistance to contemporary culture.”

A well-traveled theologian, Rabbi Signer also taught courses at the Institut Kirche und Judentum at Alexander von Humboldt University in Berlin and for the Catholic theology faculty of the University of Augsburg and several Catholic universities in Poland, including the Pontifical Academy of Theology in Krakow.

Rabbi Signer was the author and editor of numerous books and encyclopedia articles on topics ranging from medieval Latin biblical commentaries to contemporary Jewish-Christian relations. He also was one of the authors of “Dabru Emet: A Jewish Statement on Christians and Christianity,” a document signed in 2000 by more than 220 rabbis and intellectuals from all branches of Judaism.

In 2005 Rabbi Signer was designated a “Person of Reconciliation” by the Polish Council of Christians and Jews, an honor annually awarded to an individual advancing Jewish-Christian dialogue in Poland.

Rabbi Signer is survived by his wife, Betty, and their daughters Aliza and Hanna.

A funeral service for Rabbi Signer will be held in Los Angeles on Jan. 14 (Wednesday) at 2p.m. at Mount Sinai Memorial Park. Donations may be made in his memory to the Michael A. Signer Memorial Funds at the University of Notre Dame or at Hebrew Union College in New York City.

Originally published by Michael O. Garvey at newsinfo.nd.edu on January 12, 2009.