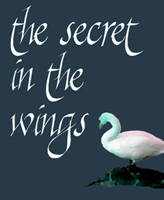 The University of Notre Dame’s Department of Film, Television, and Theatre (FTT) will present Mary Zimmerman’s drama The Secret in the Wings September 30, October 1, 4, 5, 6 and 7 at 7:30 p.m., with matinee performances on October 1, 2, and 9 at 2:30 p.m., in the Philbin Studio Theatre of the DeBartolo Performing Arts Center.

Directed by Siiri Scott, FTT’s head of acting and directing, The Secret in the Wings weaves together a number of short fairy tales through different means of storytelling. Nimala Nataraj of SF Station says Zimmerman “presents a captivating rendition of lesser know European fairy tales that takes viewers on a hypnotic voyage into the murky underbelly of human impulses. Slicing up these stories and enmeshing them in a framework that quickly dissolves and makes the border between storyteller and tale indistinct, Zimmerman opts for an arrangement that makes the entire stage glow with prescience.”

Tickets can be purchased online at performingarts.nd.edu, or by calling the ticket office at 574-631-2800. Prices are $15 for the general public, $12 for faculty, staff and seniors, and $7 for all students. This show includes mature content.