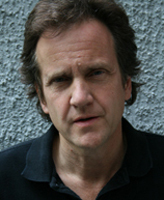 The new chair of Notre Dame’s Department of Film, Television, and Theatre spends part of each summer teaching his specialty to a different type of students—fellow faculty members from the College of Arts and Letters.

Professor Jim Collins, who specializes in media theory, postmodern studies, and digital humanities, created the weeklong seminar five years ago to help faculty from other departments better incorporate film into the classroom.

“How can we talk about film as a way of knowing?” he asks in his course description. “(David) Fincher’s The Social Network is indeed all about the Internet—but how does this film actually ‘envision’ digital culture? Slumdog Millionaire is about globalization, but how does it envision flows of capital and intellectual property?”

Redefining the Meaning of “Text”

Visual culture has changed profoundly within the past few years, Collins says, and his seminar, How to Teach Film and Screen Culture Across the Humanities, has evolved to include a wide range of media formats, from traditional cinema to YouTube.

In the course, Collins explains how professors—and their students—can best learn to “read” film, television, websites, and even communities within social media. His goal, he says, is to help others learn how to use these texts most effectively “to investigate aesthetic, political, philosophical, ethnographic, or theological issues.”

Collins redesigns his syllabus each year based on the particular interests of his faculty-students, who come from departments such as English, Romance languages and literatures, philosophy, theology, political science, and music.

In the mornings, seminar participants attend sessions that incorporate lecture, scene analysis, and short, selected readings. Each afternoon, they watch a screening and then participate in a follow-up discussion about various pedagogical strategies, with a specific focus on classes being taught or developed at Notre Dame. 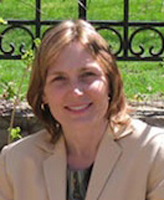 “The background that Jim offered in film technique and history, and his way of relating film and screen cultures, offered a great mix of approaches that I’ve already begun to use,” says Sandra Gustafson, associate professor of English and a participant in one of Collin’s seminars.

Gustafson, who is a concurrent faculty member in the Department of American Studies, says she came away with a number of “inspiring ideas” that she used to create a course for the fall semester—and retool an existing class in a different format.

Julia Douthwaite, French Professor in the Department of Romance Languages and Literatures, says the seminar helped her better understand the ways her students respond to and interact with media.

“He made teaching come alive by reminding us that we are creating knowledge every time we enter the classroom, and that the best, most enduring kind of knowledge to emerge from a class is one that builds on students’ pre-histories and insights as well as the teacher’s erudition,” she says.

“Instead of disparaging the students’ fondness for social networking and virtual realities,” she adds, “I am curious to meet my students halfway, and allow their cultures to inform our classroom dynamic.”

Douthwaite says she is drawing on the techniques learned in Collins’ seminar to incorporate film into her fall survey course, From Perceval to Puss-in-Boots: Old Regime French Literature in Cultural Context, and to create a spring 2012 College Seminar called The French Woman: Icons
and Issues. 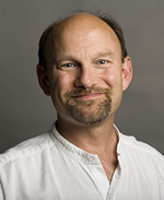 Ben Heller, an associate professor of Spanish who participated in the summer 2011 seminar, says what he learned from Collins will have “a profound impact” on the way he teaches.

“I’ve used film in the past primarily to give students in my advanced literature classes a feel for a historical period or an engaging representation of an author’s life,” he says. “At best, we’ve dealt with thorny issues raised by a particular film. The seminar will allow me to go beyond the film as illustration to engage film as a text in its own right.”

In its five years, the popular seminar has drawn a wide range of faculty with different levels of teaching experience, from first-year assistant professors to endowed chairs who have been at Notre Dame 25 years.

“What’s made me happiest, what is most gratifying,” says Collins, himself a recipient of the College of Arts and Letters’ Sheedy Award for Teaching Excellence, “is that the faculty learn so much from each other in the seminar. It’s an incredible opportunity for faculty to talk about ideas together for a week.

“Usually faculty as a group come together for meetings to deal with policy matters, “ he says. “In this seminar we all get to be the student, still learning.”