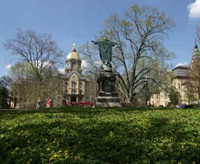 A college campus is intended to be a place where exploration, dialogue, and debate are fostered. A prime example of this ethos is the Dean’s Fellows program in the College of Arts and Letters.

The group is composed of 35 students who are identified by faculty during the first year for their engagement and academic accomplishments, as well as an executive committee and an administrative president.

The program’s mission is simple: provide opportunities and support so that students can become academic leaders on campus. “There are a number of students here who want a more intense intellectual experience,” says Joseph Stanfiel, an assistant dean in the College and one of the club’s two faculty advisers. “This is a means of helping students to do that.” 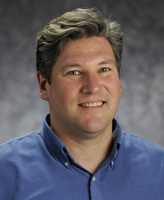 Stanfiel says the organization was founded on the idea that the student fellows should be an active voice in Notre Dame’s academic life by planning some of their own University-wide events.

“This is not my agenda—it comes from the students themselves,” he says. “They have the opportunity to come up with whatever events they want.”

Part of being a fellow includes getting tickets to all events at the University’s DeBartolo Performing Arts Center and many other “culturally engaging events” in the region. This keeps the fellows become actively engaged with what’s already happening in and around campus—and helps them think about what additional events they might want to develop and promote on their own, notes Stanfiel.

History major Theodora Hannan says she was interested in participating in the follows program because she wanted to get more involved in hosting events as a student. 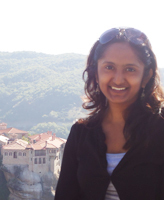 “The kinds of intellectual opportunities on campus are plentiful and come from a wide variety of sources, but as a student it really bothered me that it came from the top down,” says Hannan, who serves as a member of the fellow’s executive committee. “The fellows allows for students to be engaged because they are directly involved with planning.”

Nikitha Taniparti, a major in economics and anthropology, and another member of the executive committee, says she appreciates how many more activities she has gotten involved with because of being a dean’s fellow.

“It’s a social thing where we get to know each other, and it’s a cultural thing where got to see things on campus,” Taniparti says. “And we actually get to plan events so it’s an opportunity for students to show the people who make decisions ‘this what we think.’”

One of the ways the Arts and Letters Dean’s Fellows are providing a regular forum for idea exchange is through a weekly event they started last year called Student Pub. 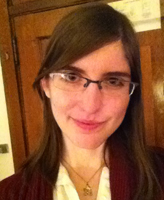 “I think this is one of the best things the fellows do—creating a casual atmosphere for students to come and chat with faculty,” Hannan says.

The result of an idea by a student who studied abroad in London, Student Pub gathers students and professors from a wide range of fields to share dinner and discussion. It is open to all of campus.

“One of the greatest resources on campus is our professors,” Taniparti says. “Our faculty is unique; you can’t find that anywhere else.”

The group’s largest event, however, is an annual debate. In 2010, the group famously hosted the “God Debate” between renowned Catholic apologist Dinesh D’Souza and atheist author Christopher Hitchens. Tickets to the event sold out in just 90 minutes. A similar sold-out debate in 2011 featured Christian philosopher William Lane Craig and atheist author Sam Harris.

The debates are one of Taniparti’s favorite parts of being a fellow. “If you get an idea, you have so many avenues to explore it,” she says. “We’re almost scared because we have so much freedom to explore our interests.”

Looking forward, the fellows hope to engage more of the University community by reaching out directly to other colleges and offices such as the Career Center.

“Part of what the fellows want,” Hannan says “is to get all of campus become involved.”