For Annalise Loehr ’09 and Maryann Erigha ’07, sociology wasn’t their initial area of focus at Notre Dame. But as they started asking deep questions about topics that interested them, they found it was the perfect place to find answers.

“It helped me see the world through new and different perspectives,” said Loehr, now a sociology Ph.D. candidate at Indiana University. “It inspired a deep and lasting curiosity in me.”

About 28 percent of Notre Dame sociology majors go on to graduate or professional school, according to data from The Career Center’s First Destination reports. Some pursue advanced degrees in law or medicine, but others—like Loehr and Erigha, now an assistant professor at the University of Memphis—enroll in prestigious sociology Ph.D. programs.

It’s a trend that continues with the Class of 2016, as sociology majors Shannon Sheehan (University of Michigan) and Nicolette Bardele (Harvard University) plan to begin graduate programs in sociology this fall.

“These are outstanding young scholars who took full advantage of opportunities to engage in academic and research opportunities at Notre Dame,” said Rory McVeigh, professor and chair of the department. “That ambition prepared previous students for success in graduate school, and it undoubtedly has done the same for our current students.”

Learning Why We Do What We Do 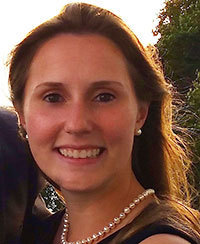 Loehr arrived at Notre Dame in 2005 as an English major, and considered studying film as well. But when she took a couple of introductory sociology classes, something clicked.

Her sociology professors posed eye-opening questions and prompted her to challenge her initial, taken-for-granted assumptions about the world. Rather than rely on anecdotes and conventional wisdom to understand social life, she was encouraged to answer questions through research, by collecting and analyzing data.

Loehr added a sociology major and grew continually more interested in criminology, especially deviant behavior and the circumstances that elicit defiance versus compliance with social norms.

She later worked as an assistant for one of her professors as he conducted research on the educational impact of religious schools. That work included surveying parents, alumni, and teachers—and getting a close look at what sociological research is like.

“That was invaluable to me as I entered graduate school,” she said. “It gave me a leg up that I was very fortunate to have had.”

Loehr, who will earn her Ph.D. next year, has focused her research on the broad areas of social psychology, deviance, family, and teaching and learning. Past research projects examine prejudice against gay and lesbian couples, and include a co-authored article, “Formal Rights and Informal Privileges for Same Sex Couples,” published in the American Sociological Review, one of the top journal publications in the field.

She has also published in Social Forces, The Archives of Sexual Behavior, and Teaching Sociology. She has taught introductory sociology, criminology, and research methods at Indiana University and abroad in Mannheim, Germany.

Studying How We See Ourselves 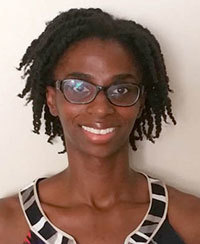 Like Loehr, Erigha was also initially intrigued by the criminology aspects of her introductory sociology course—but the discipline as a whole had immediate appeal as well.

“I liked the professors, and the way of thinking—the analytical aspects of sociology,” she said.

For Erigha, who also majored in computer applications before earning her Ph.D. at the University of Pennsylvania, sociology revealed a new form of learning. She had always loved to write, but studying sociology gave her a chance to combine her writing with research.

That research has focused primarily on the study of race and ethnicity. Her dissertation focused on the way race was depicted in Hollywood—work she’s hoping to eventually turn into a book, tentatively titled The Hollywood Jim Crow.

Erigha, who has been published in The Du Bois Review and The Black Scholar, also researches mainstream news outlets’ framing of social problems and the way African Americans challenge disparaging media characterizations.

“Looking at the images and representation in the media tells us a lot about society,” she said.