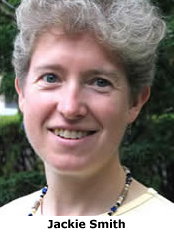 Instead, more than 15,000 people gathered to promote “alternative globalization”, the development of economic policies that emphasize human rights and democracy over economic growth.

The forum has since become the largest political gathering in history, drawing hundreds of thousands of social change activists to annual meetings in Brazil, India, Venezuela, Mali, Pakistan and Kenya, as well as to local and regional forums.

Smith has written widely on this “experiment in global democracy,” which Nobel Laureate economist Amartya Sen has called “the most globalized moral movement in the world today.” Smith’s new book, “Global Democracy and the World Social Forums,” written in collaboration with 11 other scholars, will be published by Paradigm Publishers in July.

From June 27 to July 1, Smith and two other Notre Dame sociologists, Daniel Myers and Erika Summers-Effler, as well as several undergraduate and graduate student-researchers, will join the more than 10,000 people expected in Atlanta for the first United States Social Forum. Inspired by the forum’s slogan, “Another world is possible, another U.S. is necessary,” participants will address issues such as poverty, racism, war, immigration and environmental degradation.

Scholars of popular movements are interested in the World Social Forum as a laboratory for democracy, according to Smith.

“The forums provide some of the only spaces for global dialogue and action among people of many different races, classes and professional backgrounds who believe we need more humane government policies and better use of public money,” she said.

The Notre Dame research delegation will survey participants, observe panels and workshops and interview activists to assess how the forum affects local political organizing and activism. Daily updates during the forum will be available on the group’s blog at www.nd.edu/~cssm/ .

The World Social Forum began as a protest against the World Economic Forum, the annual gathering of 1,000 top corporate and world leaders in Davos, Switzerland. The forum process gained momentum in 2003, when millions of activists in hundreds of cities around the world protested the U.S. invasion of Iraq, thereby strengthening popular movements in many countries. That same year, the New York Times referred to newly energized global public opinion as the “second superpower.”

Many World Social Forum participants are active in international peace, human rights and environmental initiatives. But the forum is not a protest, Smith said.

“Rather than placards and pickets, we are more likely to see pens, laptop computers and powerpoint demonstrations,” she said. “There’s a real sense that people must move beyond mere critique of existing policies and articulate a positive vision of globalization that reflects the needs and values of more of the world’s people.”

The research project is an initiative of the new Center for the Study of Social Movements and Social Change at Notre Dame, which serves as a clearinghouse for scholarship related to social movements and social activism.

Smith is on the faculty of Notre Dame’s Kroc Institute for International Peace Studies.

“In almost every study of war and peacebuilding, scholars point to the need for a strong civil society,” she said. “When people have a space to talk about issues and develop fair and equitable solutions to real problems in their lives, there is less chance that conflicts will escalate and lead to violence.”

The author of “Global Visions, Rival Networks: Social Movements for Global Democracy,” forthcoming from Johns Hopkins University Press, Smith also has coedited three books and numerous articles on transnational activism, including “Coalitions across Borders: Transnational Protest in a Neoliberal Era” with Joe Bandy, which explores how people have developed organizations and techniques to build alliances among people of diverse cultural, political and economic backgrounds.

Originally published by Joan Fallon at newsinfo.nd.edu on June 06, 2007.