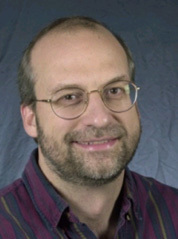 “When you give to the poor,” Jesus admonished his followers in the Sermon on the Mount, “do not sound a trumpet before you, as the hypocrites do in the synagogues and in the streets, so that they may be honored by men.”

It would be kind to suppose that American Christians have been rigorously obedient in this regard, because available evidence suggests that they don’t give very much to the poor at all.

Christian Smith, Kenan professor of sociology and director of Notre Dame’s Center for the Study of Religion and Society, is the co-author, with Michael O. Emerson and Notre Dame graduate student Patricia Snell of a new book on the subject, “Passing the Plate: Why American Christians Don’t Give Away More Money,” forthcoming from Oxford University Press.

The book is a sociological examination of the anomalous stinginess according to which the traditional Christian exhortation to tithe—that is, to give a tenth of one’s income to the charitable works of the church—has fallen on ears so deaf that, by some accounts, most Christians give as little as 1 percent of their annual income, and fully a fifth give nothing at all.

Making use of social surveys, government and denominational reports, and interviews with Christian pastors and church members, the book assesses such influences on charity as consumerist culture, mistrust of the policies and competence of nonprofit administrators, the hesitation of clergy to ask for money, and the mechanisms by which American Christians give. It also suggests ways that clergy and lay church leaders might convince their congregations of the imperative of generosity.

Ronald J. Sider, president of Evangelicals for Social Action, called the book “superb and urgent. Well researched but highly readable. This book is a powerful summons to use our abundance to bless others. A must-read.”

A specialist in the sociology of religion, Smith joined the Notre Dame faculty in fall 2006. Other books he has written include “Moral, Believing Animals: Human Personhood and Culture,” “Christian America? What Evangelicals Really Want” and “Soul Searching: The Religious and Spiritual Lives of American Teenagers.”

Originally published by Michael O. Garvey at newsinfo.nd.edu on November 20, 2008.