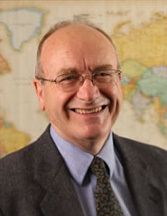 Published by Notre Dame Press, “The Acquisition and Exhibition of Classical Antiquities” is a collection of essays by eminent museum directors and curators, legal scholars, archaeologists, and historians and practitioners of art and architecture that addresses some of the questions surrounding buying and selling antiquities.

Contributors to the book offer multiple perspectives on questions such as “To whom do antiquities belong?” “What constitutes legal ownership of antiquities?” and “What circumstances, if any, demand the return of those antiquities to their countries of origin?”

Looted antiquities have been the subject of recent high-profile investigations involving major museum curators, and federal agents recently conducted raids in four California museums as part of a five-year investigation into alleged smuggling of antiquities. Various governments also have demanded the return of antiquities to their countries of origin.

A member of the Notre Dame faculty since 1996, Rhodes is an associate professor of art history and concurrent professor in the department of classics. He also is principal investigator of the Greek stone architecture at the Corinth excavations of the American School of Classical Studies at Athens.

Originally published by Susan Guibert at newsinfo.nd.edu on January 30, 2008.

Originally published by Joan Fallon at newsinfo.nd.edu on January 31, 2008.