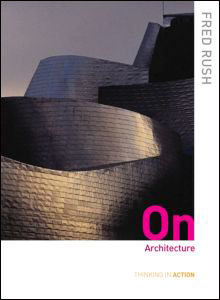 University of Notre Dame philosopher Fred Rush examines how philosophical reflection on building can reveal important aspects of the human condition, in a new book titled “On Architecture,” recently released by Routledge.

“Of course, architecture is significant for all kinds of other reasons as well, for instance, because of its history, because it can be a species of public art open to political discourse, because it affords domicile, and many others. But the idea that buildings are vessels for bodily awareness is the one that has seemed to slip by many theorists. The result is a formalistic approach to architecture that can border on the formulaic.”

Rush discusses this aspect of architectural meaning in terms of a number of examples in the book, including an extended discussion of the architect Steven Holl’s new addition to the Nelson-Atkins Museum in Kansas City, Mo., which he considers one of the most spectacular and important works of the last half-century.

“Of course, buildings aren’t built in a vacuum,” Rush said. "So, the book argues that the same kind of formalism that occludes the relation between buildings and bodies does a similar disservice to contemporary urban design.

The recipient of Mellon, Fulbright and ACLS fellowships, Rush specializes in the history of continental philosophy, aesthetics and the philosophy of art, and social and political philosophy. He also is the author of the forthcoming book “Irony and Idealism” and editor of “The Cambridge Companion to Critical Theory.”