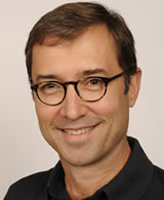 Robert E. Norton, chair of the Department of German and Russian Languages and Literatures at the University of Notre Dame, was recently named editor of The German Quarterly. Sponsored by the American Association of Teachers of German, the scholarly journal is the field’s flagship publication.

“The presence of The German Quarterly at Notre Dame reaffirms our conviction that ours is one of the country’s great German programs, and is another sign of our enduring commitment to the study of languages and literature,” says John T. McGreevy, I.A. O’Shaughnessy Dean of the College of Arts and Letters.

“Notre Dame is committed to excellence in these areas, which are central to our mission as both a liberal arts college and a Catholic research university.”

As editor, Norton says he plans to “continue the tradition of opening the journal to all relevant subjects and approaches,” but also to increase the presence of visual material in its pages, and will introduce a new section devoted specifically to questions of literary theory and interpretation.

“Called SED CONTRA, it will be moderated by our new colleague, Assistant Professor Carsten Dutt, who joined us this year from the University of Heidelberg, Germany, and who brings a strong background in philosophical hermeneutics.”

Norton says he also plans to encourage a greater emphasis on translation. “I would like The German Quarterly to be a place where we think about the importance of translation as an art and as a profession, as a necessary medium of cultural transmission and even of transformation,” he says.

Norton, a concurrent professor in the Department of Philosophy, received the Ungar German Translation Award in 2011 for his English edition of Ernst Bertram’s Nietzsche: Attempt at a Mythology (Illinois University Press 2009) The award recognizes distinguished translations of German literature into English.

His new appointment as editor, he says, is not just an honor for him personally but also an affirmation of the strength of the University’s entire Department of German and Russian Languages and Literatures, its faculty, and their scholarship.

“By providing a home to The German Quarterly,” Norton says, “German studies at the University of Notre Dame enters into a new and exciting era of increased prominence and influence among the leading German programs in the country.”