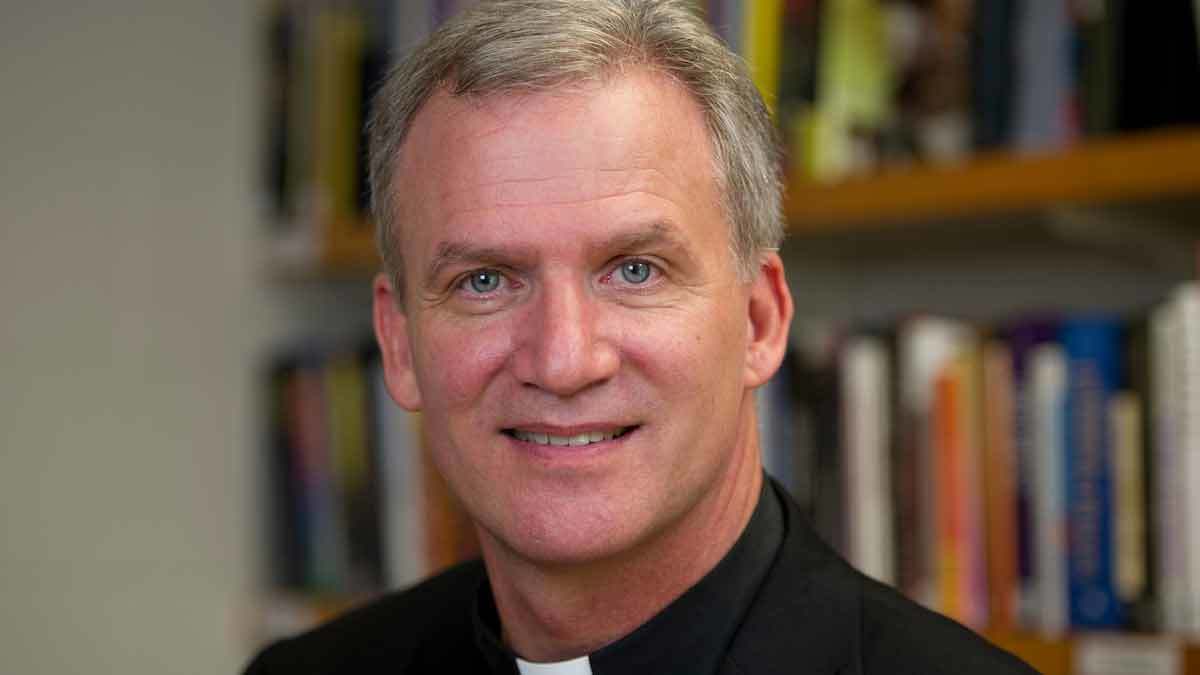 Rev. Daniel G. Groody, C.S.C., associate professor of theology and global affairs at the University of Notre Dame and an award-winning author and filmmaker on international migration and refugee issues, was elected a Fellow and Trustee of the University at the Board of Trustees winter meeting Friday (Feb. 1) on campus. He fills the seat on the Fellows formerly occupied by Rev. Timothy Scully, C.S.C., who served faithfully for 18 years as a Trustee and 16 years as a Fellow.

The 12 Fellows — six lay men and women and six priests of Notre Dame’s founding religious community, the Congregation of Holy Cross — are the University’s ultimate governing body. They elect the Trustees, adopt and amend the bylaws, and are specifically charged with maintaining Notre Dame’s Catholic character.

Drawing on years of work related to migration and refugees, Father Groody has written numerous books and articles that have been translated into seven languages. He is the author of Globalization, Spirituality, and Justice: Navigating the Path to Peace and Border of Death, Valley of Life: An Immigrant Journey of Heart and Spirit. He is the editor or co-editor of four books on poverty, justice, and migration and the co-writer (with Jean Bosco Rutagengwa) of Love Prevails: One Couple’s Story of Faith and Survival in the Rwandan Genocide, forthcoming next month.

Father Groody is the executive producer of several internationally acclaimed films and documentaries, including One Border, One Body: Immigration and the Eucharist and Dying to Live: A Migrant’s Journey. He teaches the courses The Heart’s Desire and Social Change and The Great Books and the Human Journey, and he received the Rev. Edmund P. Joyce, C.S.C., Award for Sustained Excellence in Undergraduate Teaching in 2011. He also lectures widely around the world.

Father Groody has worked with the U.S. Congress, U.S. Conference of Catholic Bishops, World Council of Churches, the Vatican, and the United Nations on issues of theology, globalization, migration, and refugees. In 2007-08 he was a visiting research fellow at Oxford University’s Refugee Studies Centre, and in 2010 he was awarded the Catholic Charities Centennial medal.

Father Groody earned his bachelor’s degree from Notre Dame, a master of divinity degree and a licentiate in sacred theology from the Jesuit School of Theology, and his doctorate in theology from the Graduate Theological Union.