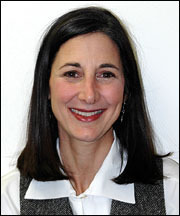 There is a pressing need to bolster Latinos’ retirement security, according to a report recently released by the Center for Migration and Border Studies (CMBS) in the University of Notre Dame’s Institute for Latino Studies (ILS).

Funded by the National Endowment for Financial Education, “La Tercera Edad: Latinos’ Pensions, Retirement and Impact on Families” combines analysis of national data on pensions and financial literacy and focus group studies of Latino workers and retirees in Chicago.

“Retirement pensions can be a key means of ensuring retirement above a poverty level,” said CMBS director Karen Richman, lead author of the report. “But Latino workers are far less likely than other groups to be employed in jobs where they will be covered by employer-provided pensions. When they do find employment in jobs that offer such plans, their low wages (behind all other ethnic groups) undermine their ability to set aside retirement savings.”

Focus groups conducted in 2006 and 2007 in Chicago revealed that neither the participating Latino workers and retirees, nor their extended families, have sufficient income to live comfortably now, let alone to prepare for the future.

“Latinos’ large, interdependent families are under pressure as more women enter the workforce and because of mobility,” Richman explained. “Elderly parents are finding themselves without children living nearby. One woman in the focus group said, `Our parents thought of us as their retirement, but we can’t expect such help from our children.’”

The report’s recommendations for policy change include the following:

* Create incentives to attract low-income employers to participate in pension plans and develop the “pension idea” among Latinos.

* Promote the use of banking among Latinos, as reducing the cost and risk of monetary transactions can free up income for other purposes, including capital investment.

The report was co-authored by Gia Barboza, Teresa Ghilarducci and Wei Sun.

The Center for Migration and Border Studies furthers understanding of the increasingly significant phenomenon of transnational migration between Latin America and the United States by investigating the political, social, economic and cultural forces that are shaping lives in sending and receiving communities throughout the continent.

Founded in 1999, the ILS fosters understanding of the U.S. Latino experience by advancing research, expanding knowledge and strengthening community. It supports interdisciplinary initiatives in Latino studies as a key component of Notre Dame’s academic mission.