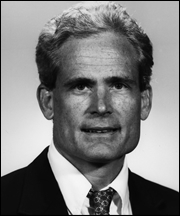 “Character Psychology and Character Education,” co-edited by F. Clark Power, professor in the Program of Liberal Studies and concurrent professor of psychology at the University of Notre Dame, was recently published by Notre Dame Press.

“This is an important new collection of essays about character and character education by some of the top scholars in the fields of ethical theory, moral development research, and education,” said Don Collins Reed of Wittenberg University.

The book is comprised of a collection of essays that bring moral philosophers, who embrace a “naturalized” ethics, into dialogue with academic psychologists, who favor a “psychologized” morality.

In addition to theoretical essays, the book includes applied chapters that consider the challenge of character education in the context of schools, families, and organized sports.

Power’s co-editor is Daniel K. Lapsley, professor and chair of the Department of Educational Psychology at Ball State University.

Originally published by Kathleen Joyce at newsinfo.nd.edu on August 03, 2005.