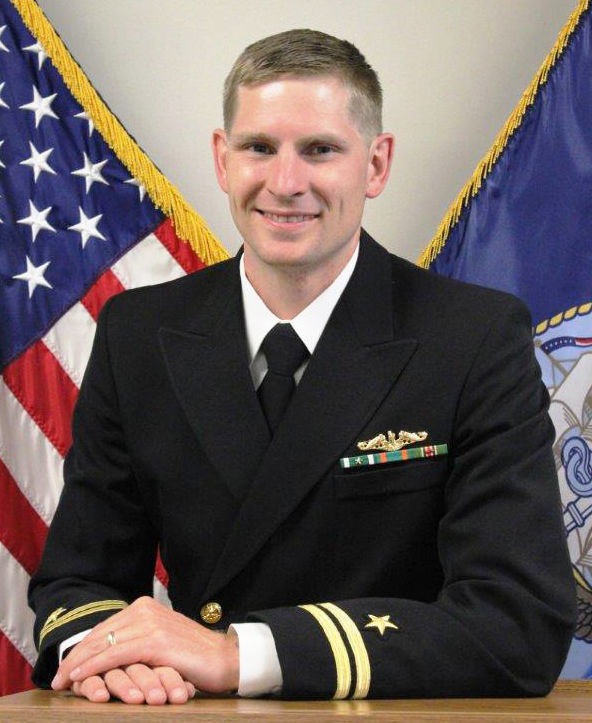 Adam Frisch ’07 sat across from a four-star admiral, trying to talk his way onto a nuclear submarine.

Specifically, Frisch had to explain to the senior officer how a Program of Liberal Studies major could succeed studying nuclear propulsion.

The simplest answer was the best one.

“I told him I was going to work my butt off,” Frisch said.

That was enough for the admiral.

Frisch, who completed the Naval Reserve Officers Training Corps program as a Notre Dame student, was accepted into the Navy’s nuclear propulsion pipeline.

That meant six months in nuclear power school followed by six months working on an operational prototype reactor, then a few months of general submarine training.

Once his training was complete, he spent nearly a decade serving as a submarine officer.

Finding himself through PLS

Frisch considered other universities before attending Notre Dame, but the ability to major in PLS through the College of Arts and Letters won him over.

He wasn’t interested in picking a major to learn a specific skill set. That would come later, he reasoned.

Instead, Frisch wanted to learn who he was and to shape his beliefs—and an integrated liberal arts program was the perfect place to do that.

“I didn’t feel I was in college to learn a trade so I could get a job. My attitude was, the whole purpose of education is to become the best version of myself possible,” he said. “And I think that paradigm is shared by the program.”

Specifically, Frisch appreciated courses that gave students a sweeping view of human knowledge, ranging from Greek philosophy to the present. The chance to read and discuss in-depth works from many of humanity’s greatest thinkers was invaluable to him.

At first, transitioning from a liberal arts program to the nuclear sub program, which is filled mostly with engineers, was a challenge. He initially had lower test scores than other students who had majored in math and science.

But Frisch had developed a sense of drive and determination while at Notre Dame, and he pushed himself until he caught up with his classmates.

“It was a challenging transition and required a lot of effort,” he said. “But I think my course of study at Notre Dame was really character-forming. A lot of who I am is because of the program.”

"My course of study at Notre Dame was really character-forming. A lot of who I am is because of the Program of Liberal Studies."

As an officer, Frisch had to learn and understand how every part of a submarine worked. He also had to transition from a 24-hour day to an 18-hour day.

Living on a submarine meant sleeping for six hours, performing different watches and jobs for 12 hours, and starting all over again.

But the biggest challenge came with managing his military and family lives. Frisch married his wife, Lauren, the summer after graduating, and the couple has three daughters, ages 8, 5, and 2, with another due in November. His position on a submarine meant missing some of the milestones that come with parenthood.

“I was out to sea for birthdays, Christmases, first steps, and first words,” Frisch said.

Frisch, who plans to stay in the Navy as long as possible, recently accepted a new position as executive officer of the Navy Operational Support Center in Sacramento, California.

He’s now working with the Navy’s full-time support program, managing about 500 reservists to ensure they’re current with their qualifications and health requirements.

When it was time to decide whether to remain at sea or find a job that would keep him in one place with his family, he relied on the values he developed at Notre Dame.

“I think going through the Program of Liberal Studies is something that helped me make that decision with clarity,” he said.