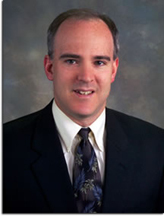 Daniel Philpott, associate professor of political science at the University of Notre Dame, has edited a new book titled “The Politics of Past Evil: Religion, Reconciliation and the Dilemmas of Transitional Justice.”

Published by Notre Dame Press, the book explores religion’s impact on the politics of peace and reconciliation through the views of theologians, philosophers and political scientists.

“A lot of societies are becoming democracies after long periods of totalitarianism,” Philpott said, “while other societies are coming out of civil war into peace. Many theologians have looked at these transitions, but they don’t tell us what theology means in the context of politics. Likewise, politicians, journalists and others pay attention to politics, but don’t pay much attention to religion. Whether the impact of religion on those transitions is good or bad, it can’t be ignored.”

In his own essay for the volume, Philpott cites the role of Anglican Archbishop Desmond Tutu in shaping the work of South Africa’s Truth and Reconciliation Commission, which he chaired in the 1990s. Upon hearing people testify to their misdeeds or their suffering during the apartheid era, Tutu often responded with religious language and ritual, urging them to take the next steps of repentance or forgiveness. He was both praised and criticized for this approach.

A senior associate at the International Center for Religion and Diplomacy and faculty fellow in Notre Dame’s Kroc Institute for International Peace Studies, Philpott travels regularly to Kashmir, where he trains leaders in faith-based diplomacy. His first book, titled “Revolutions in Sovereignty: How Ideas Shaped Modern International Relations,” is a historical account of how new ideas about justice and legitimate authority fashioned the global sovereign states system. He also has written on the morality of self-determination and religious freedom as an end of American foreign policy.

Originally published by Julie Titone & Shannon Chapla at newsinfo.nd.edu on May 26, 2006.