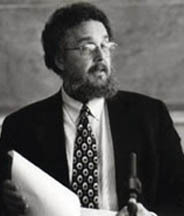 Don Howard, professor of philosophy at the University of Notre Dame, has published a comprehensive academic course on Albert Einstein with The Teaching Company.

The course, “Albert Einstein: Physicist, Philosopher, Humanitarian,” consists of 24 half-hour lectures recorded on DVD. In addition to Howard’s lectures, the course features 50 animations designed to illustrate and make comprehensible Einstein’s scientific ideas and thought experiments. It also includes some 250 images of Einstein, his contemporaries, and formative events, situations and locations in his life.

Howard presents the complicated Einstein both as an abstract theoretician and an active inventor; as a German Jewish refugee from an anti-Semitic homeland, whose fear of a disastrous conflict between Jews and Palestinians precluded his support for a Jewish nation state; and as a physicist who engaged the philosophical issues arising from his pioneering scientific research.

A member of the Notre Dame faculty since 1997, Howard is a fellow in the University’s Reilly Center for Science, Technology and Human Values and director of the graduate program in the history and philosophy of science.

A scholar of both physics and philosophy Howard is the author of “Einstein: The Formative Years, 1879-1909” and an editor of Einstein’s collected papers.

Originally published by Michael O. Garvey at newsinfo.nd.edu on October 09, 2008.