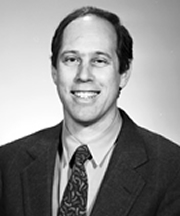 “It begins to develop when we’re about 5 or 6 years old,” observes Anderson, a nephrology/transplantation surgeon and vice president of Memorial Health System in South Bend, “when we’re rewarded largely for knowing things that are scientific or mathematical. Those rewards, then, build in filters that make us think more and more like scientists and less and less like well-rounded individuals – so by the time we get to medical school, we’re rewarded for thinking inside the box. And by the time we launch our medical careers, we find ourselves limited in our thinking.”

Like many physicians, Anderson found his undergraduate and medical school years consumed by the rigorous chemistry-calculus-clinicals track, forcing him to choose the sobering certainties of medical science over the illuminating questions of the liberal arts.

Currently, Anderson’s right brain prognosis is excellent as he and several other physicians nurture their creative sides in the Med Poet Society, a joint effort between Notre Dame and Memorial Health System in South Bend.

Formally known as the Memorial-Notre Dame Humanities Project, the program offers physicians the opportunity to take classes on campus taught by faculty in the English, music, and film, television and theatre departments.

Recognizing a growing need among medical professionals to nurture the skills of empathy and self-reflection, to gain better insight into suffering and the human condition, a group of physicians from South Bend’s Memorial Hospital pitched the idea of taking a humanities class to their foundation board, which agreed to underwrite the program. Through a family connection at the hospital, Stephen Fredman, chair of Notre Dame’s English department, was asked if he would be interested, and he taught the first class of the Med Poet Society in the spring of
2004 – an eight-week poetry and prose course.

“I had no preconceived notions,” Fredman said. “I just wanted to see where they could go with it.”

Works by William Carlos Williams, a widely published physician/poet, was a natural starting point, and Fredman’s first assignment to his new group of students was to discuss one of Williams’ poems that captured their interest.

“There was a particularly challenging passage in the poem and I asked the class, ‘When you read it on your own, what did you do when you came to that difficult passage?’ "

“I went on to the next poem.I’m a doctor; I’m supposed to understand everything.”

Fredman then fully recognized the challenge of putting a dozen doctors in a situation where not understanding is a virtue.

The next assignment: bring to class some of their own poetry or prose and spend time talking about it. After that session, Fredman encouraged his students to “dig deeper” with one portion of their work.

“With Steve’s first class, we were challenged to read the work, discuss what we read – it wasn’t all that threatening. But when he challenged us to write, to create, that really opened up a kind of vulnerability we’re not used to,” Anderson said.

“If someone asks me a question about asthma, I give them an answer. I have the information and can explain it, knowing that I could hold my own,” says Dr. Gary Fromm, a pulmonology/critical care specialist and director of Memorial Hospital’s Intensive Care Unit. “But to talk about prose or poetry, let alone write, I felt ridiculous. We all felt very free to admit that the last time we did something like this was between 7th grade and 11th grade. I admitted that the last book I read was ‘The Scarlet Letter’ for an eighth or ninth-grade English class.”

Fredman recognized that the extra step – “digging deeper” – may have pushed these doctors out of their comfort zones, but it opened up a window of their own intellectual life, and “they could talk to each other in a way that is not usual in a clinical setting, to work as a group, that sense of collective endeavor.”

“Reading a poem is like coming up with a diagnosis – and allowing themselves to come up with a collective diagnosis is tricky,” Fredman adds. “They had the ability to reflect on their own experience, and that sense of self-discovery helped in patient care.”

“We can now have conversations that can be shared … kind of a secret that can be let out,” says Anderson. “It’s changed relationships physicians have with one another. We recognize a new vulnerability that allows us to be more human with one another. And with that vulnerability, that humanness, physicians can be more human with their patients and patients’ families.That interaction is being enriched because of these conversations.”

Fromm’s medical training and specialization in critical care have put him face-to-face with dying patients – and their loved ones – every day for the past 25 years, and forced him to confront daily those larger, transcendent issues of life, death, compassion and suffering.

“None of my formal education in the ’70s prepared me for dealing with those issues, but meeting with a medical ethics committee every month for 20 years began to open my mind to these larger questions.”

His longstanding participation with the ethics committee introduced him early to those issues, with participation in the Med Poet Society reinforcing them through formal discussion of literature, poetry and the arts.

“The program has given me more confidence in my medical environment,” Fromm said. “I still practice the nuts and bolts of medicine, but recognize that it’s just as important to have tears flow, to join a prayer circle, to hold a hand. It’s given me more confidence and broadened my view that there are other physicians appreciating these issues. I can better appreciate that guiding a patient through a ‘nice death’ is just as important as guiding a patient to a cure.”

Originally published by Susan Guibert at newsinfo.nd.edu on July 18, 2006.